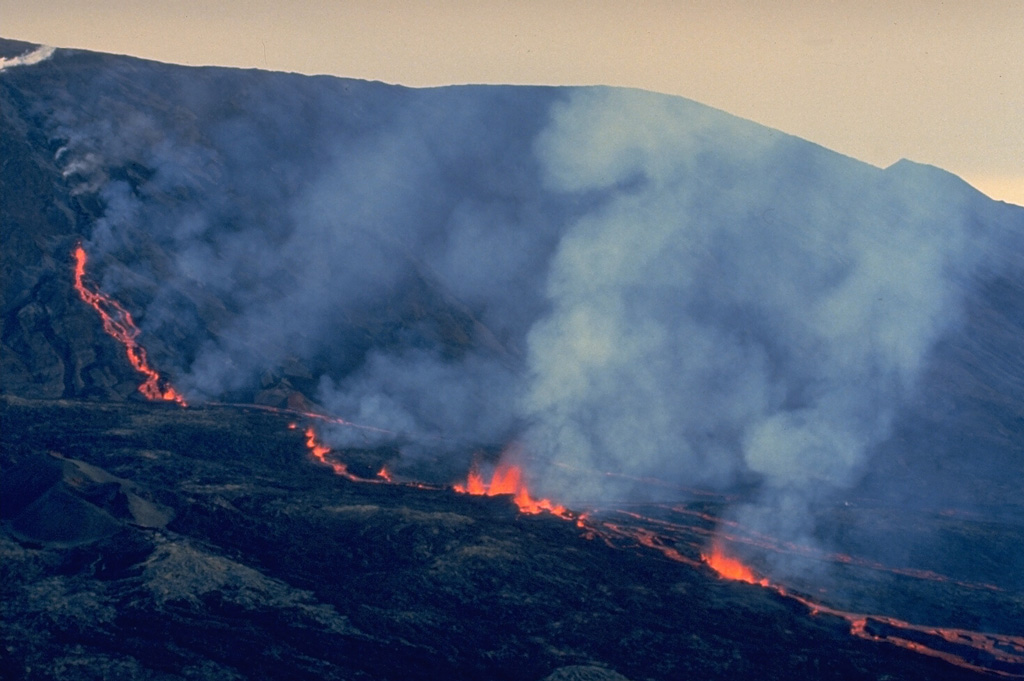 Lava fountains rise along an eruptive fissure cutting the north flank of Dolomieu crater on Piton de la Fournaise in August 1985, during one of the early stages of an eruption that lasted until 1988. Steam clouds at the upper left mark the higher part of the eruptive fissure, which extends radially away from the crater rim. Incandescent lava flows fed from the fissure are visible at the left center and behind the steam clouds.