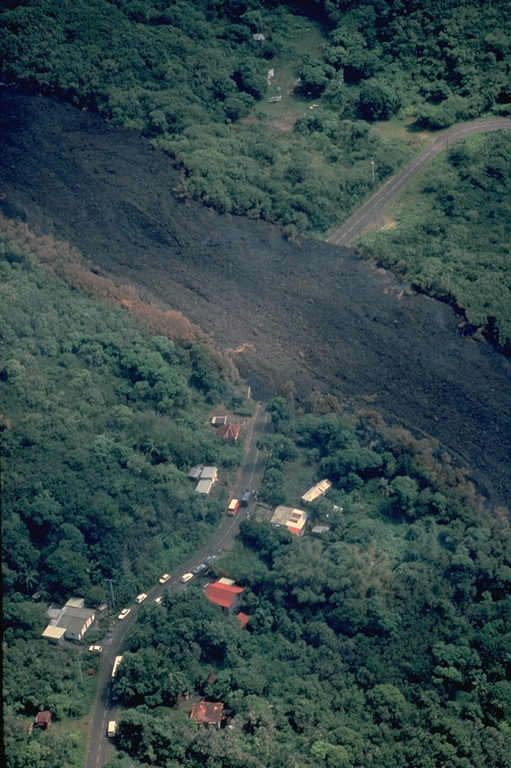 A lava flow from a vent that opened on 20 March 1986 at 1000-m altitude on the outer SE flank of Piton de la Fournaise cut a road and destroyed 8 houses, leaving 51 people homeless. This photo was taken two days later on 22 March. This lava flow was produced during a long-term eruption that took place from June 1985 to December 1988 from vents both within and outside the caldera.