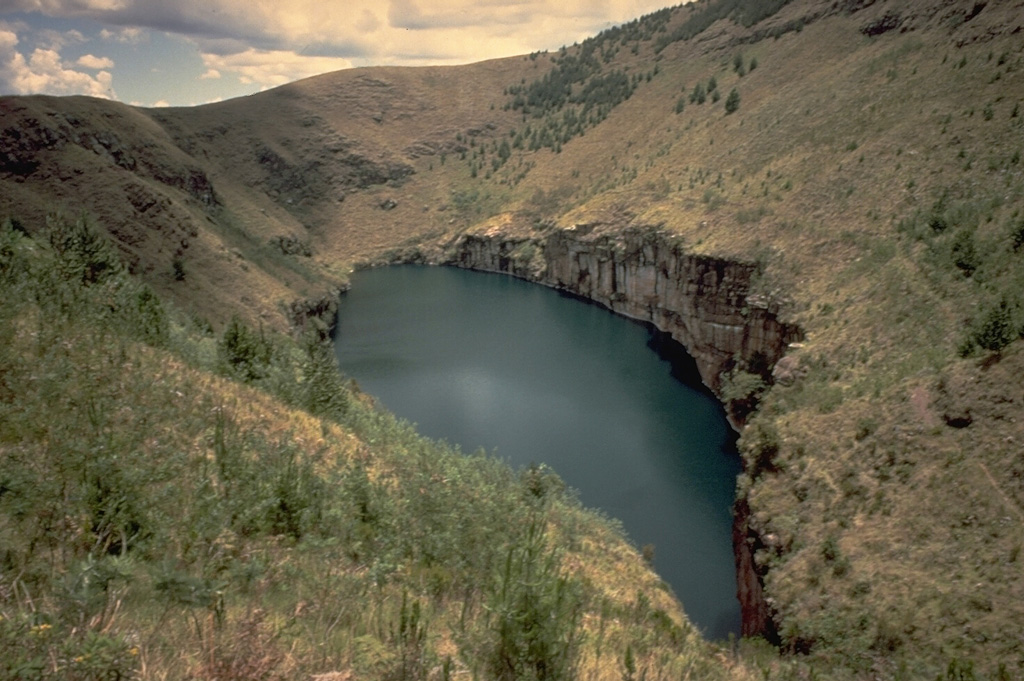 The Ankaratra volcanic field, the most prominent and volcanologically diverse on Madagascar, covers a 100-km-long area in the central part of the island. Vulcanian eruptions produced several lake-filled craters such as this one. Trachytic lava domes were erupted during the initial stage and massive fissure eruptions created a series of tectonic lakes. The latest activity occurred in the southern part of the massif and produced well-preseved strombolian cinder cones. 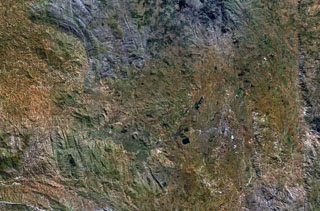