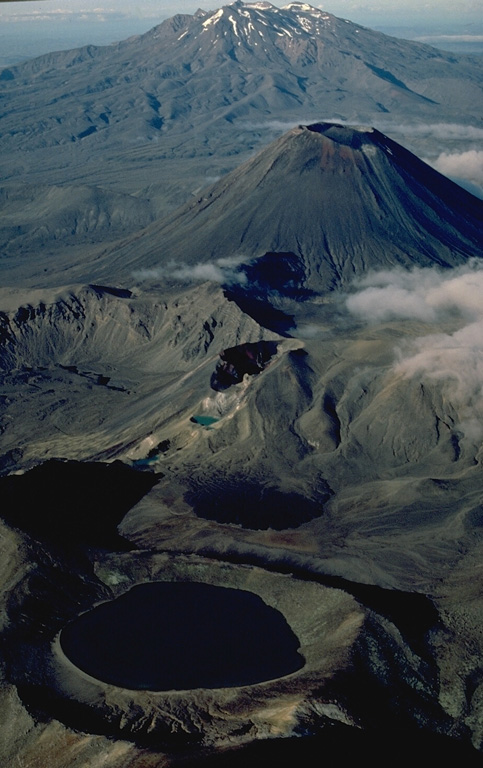 An aerial view from the north shows the Tongariro volcanic centre in the foreground with massive Ruapehu volcano in the background. The Tongariro volcanic centre consists of a dozen or more partially overlapping volcanoes. The 400-m-wide Blue Lake crater, in the foreground, erupted about 9700 years ago. The small Red Crater, at the center, had minor eruptions during the 19th and 20th centuries, and the symmetrical Ngāuruhoe stratovolcano behind it has been one of New Zealand's most frequently active volcanoes during historical time.