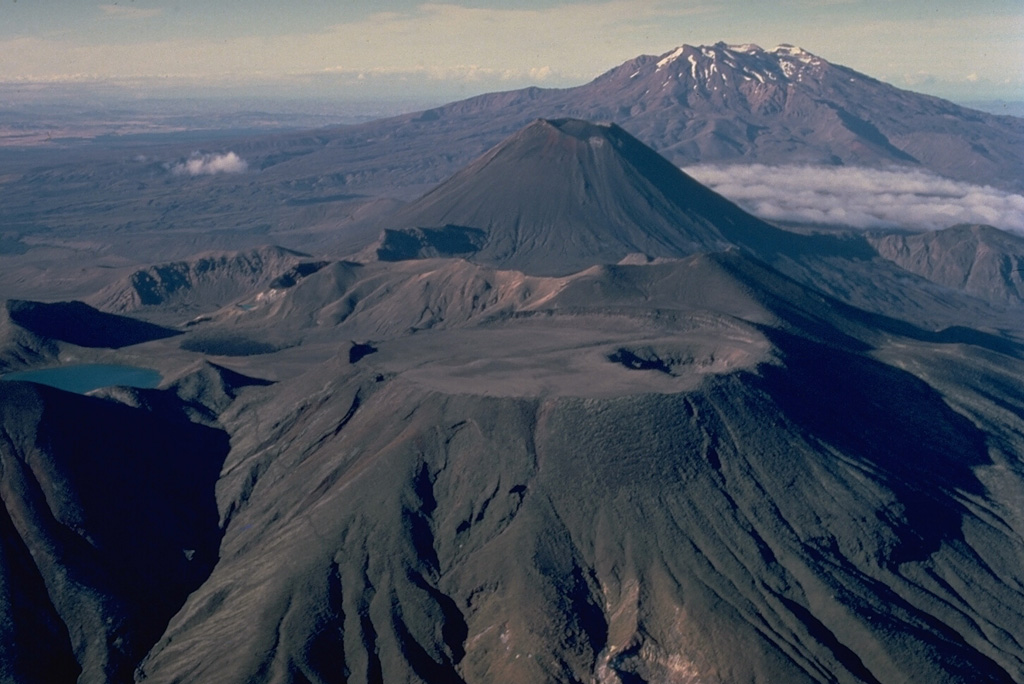 The Tongariro volcanic massif is a complex of more than a dozen composite volcanic cones erupted along a NE-SW line. Flat-topped North Crater in the foreground and conical Ngāuruhoe behind it are the two most prominent Tongariro volcanoes. North Crater's broad, flat top is the surface of a former lava lake; a small explosion crater later punctured its right side. Most historical eruptions of Tongariro have originated from the symmetrical Ngaurohoe stratovolcano. Ruapehu volcano forms the broad massif in the distance to the south.