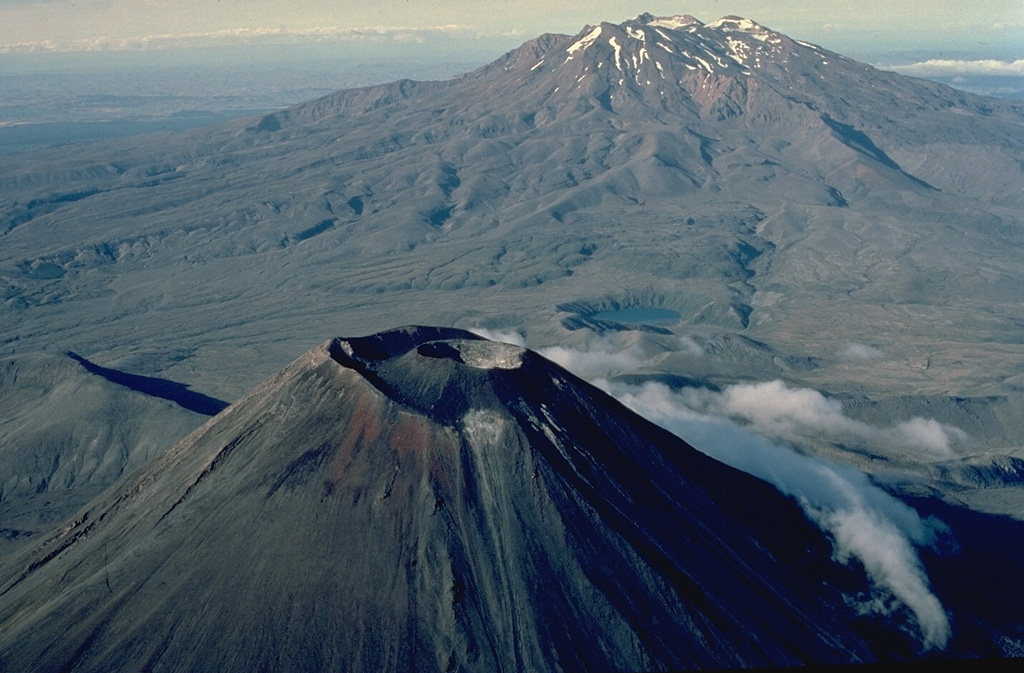 Two New Zealand volcanoes, the symmetrical Ngāuruhoe in the foreground and the massive Ruapehu in the background, are stratovolcanoes with dramatically different profiles. The steep-sided cone of Ngāuruhoe was formed during the past 2500 years by repeated eruptions from a single central conduit. The broad, elongated Ruapehu is a complex volcano that was formed by eruptions over a much longer period of time that constructed at least four overlapping volcanic edifices.