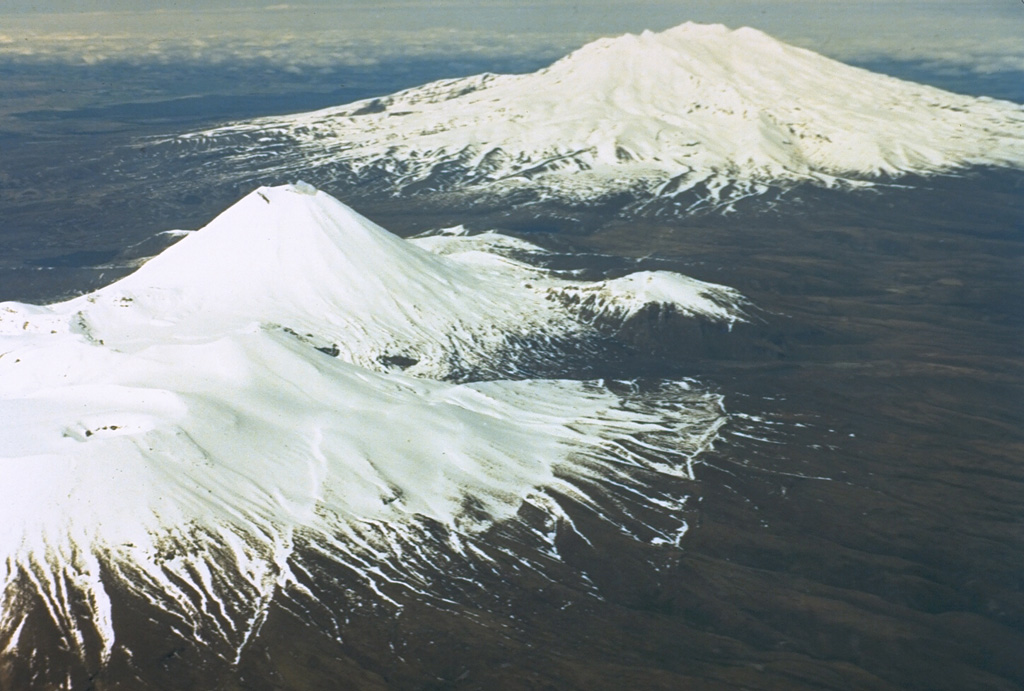 Tongariro, in the foreground, is a cluster of about a dozen cones and craters dominated by the symmetrical Ngāuruhoe cone. Ruapehu, in the background to the south, contains a frequently active crater lake. The two volcanoes have been two of the most frequently active in New Zealand.