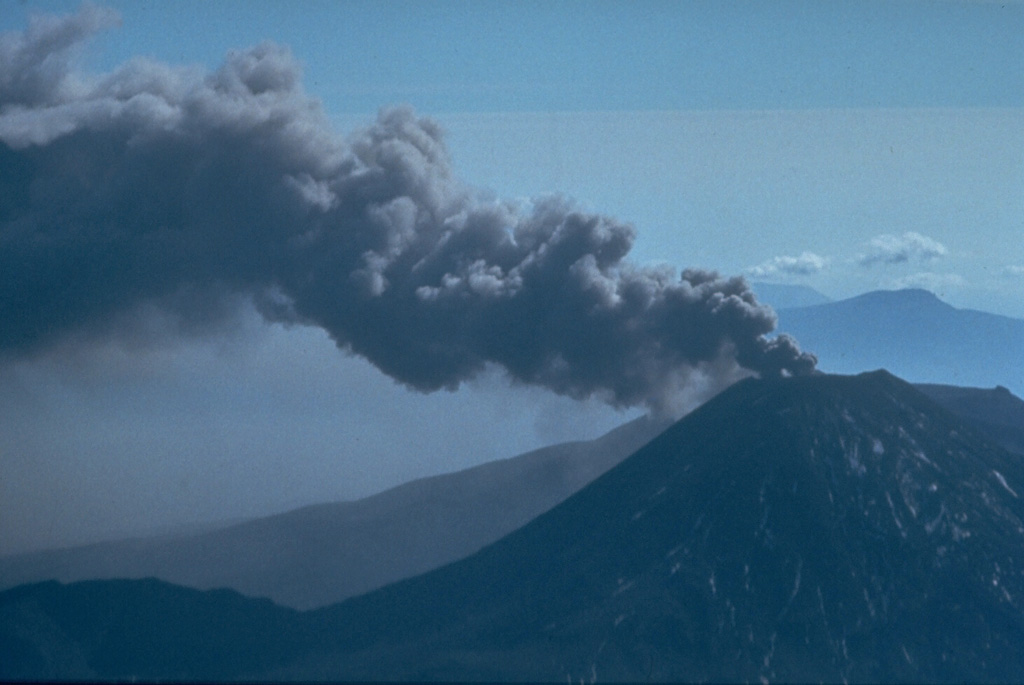 An ash plume on 29 March 1974, is directed by the wind from the summit of Ngāuruhoe volcano one day after powerful explosions that were accompanied by pyroclastic flows. Intermittent explosive eruptions had been occurring since 22 November 1972 and continued until 19 August 1974. Eruptions in January and March 1974 were the largest in two decades from Ngāuruhoe.