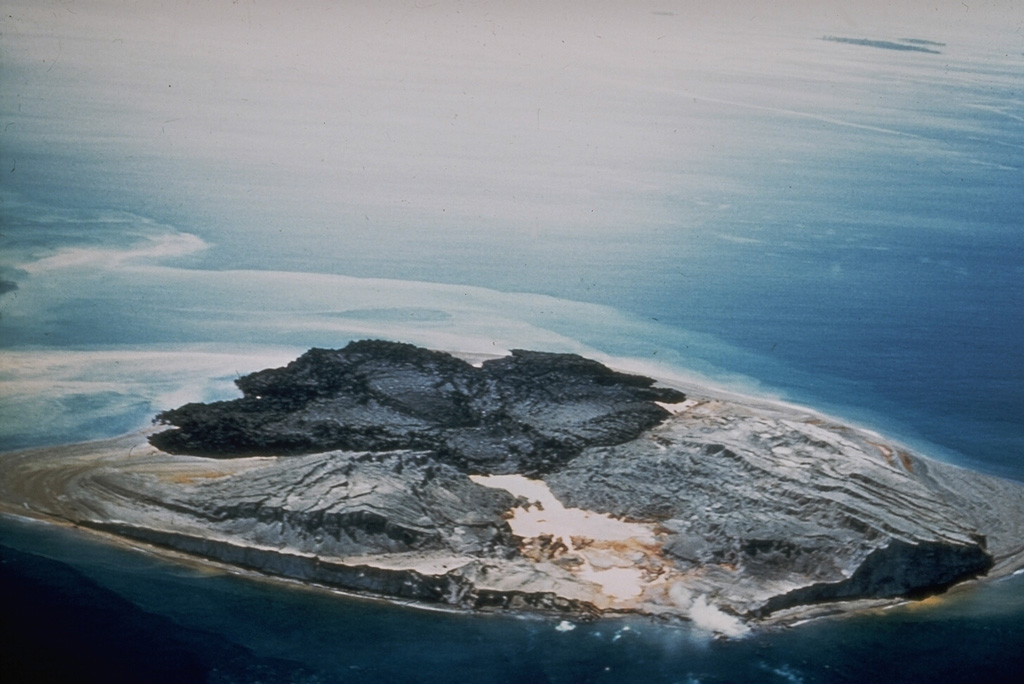 Intermittent submarine explosive and effusive eruptions from multiple vents during June 1953 to January 1957 created new islands that coalesced to form Tuluman Island. Activity was most vigorous during February-March 1955, and near the end of the eruption in January 1957 when subaerial effusive activity dominated. This March 1960 view from the SW shows dark rhyolitic lava flows at the far end of the island and lighter deposits from eroded tuff cones. 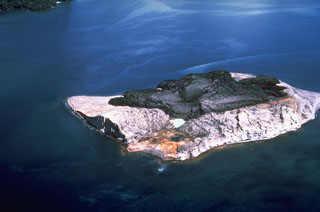