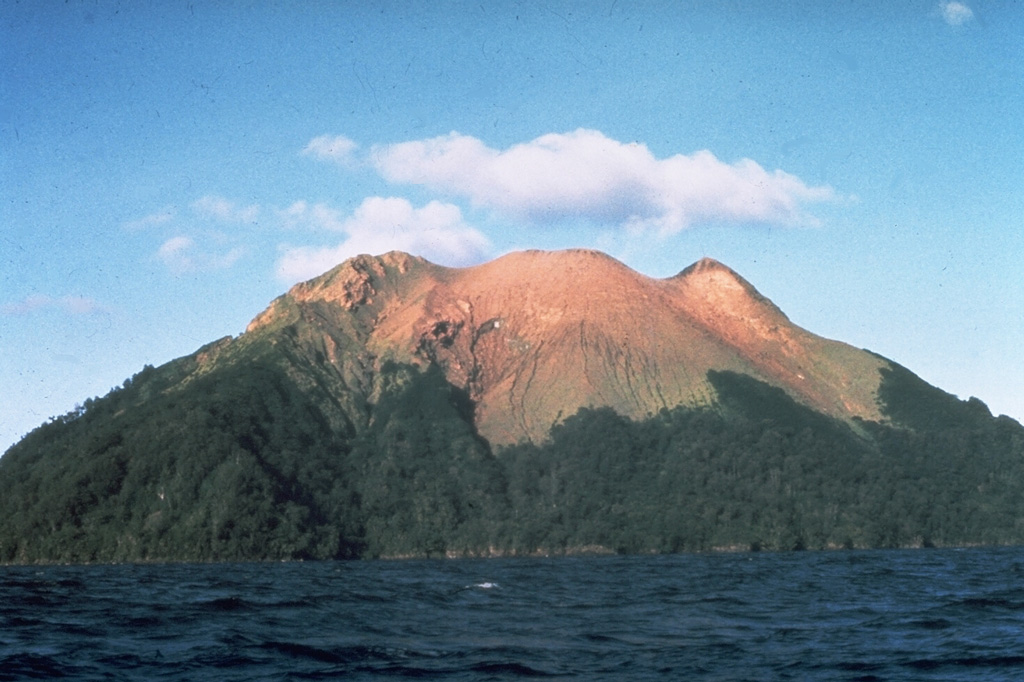 The small 2.4 x 1.6 km island of Bam, seen here from the S, is the summit of a mostly submerged volcano that is one of the more active in Papua New Guinea. A 300-m-wide and 180-m-deep summit crater is source of recent eruptions, which have resulted in the sparsely-vegetated area. A younger cone (center) formed inside a SE-facing landslide scarp. Eruptions recorded since 1872 involved small-to-moderate explosive activity from the summit crater. 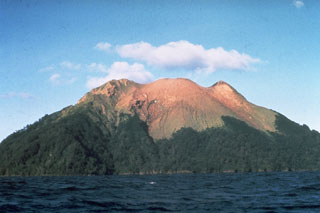