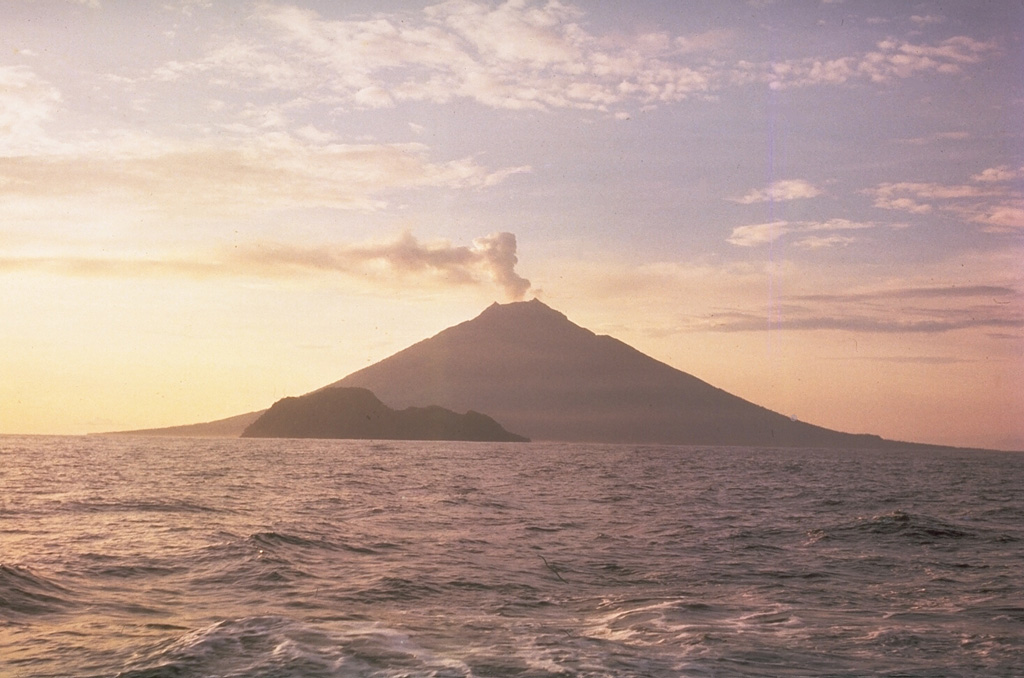 The small, 1.4 x 1.7 Boisa Island is seen here in the foreground from the west with steaming Manam volcano in the distance. Boisa consists of a cone with a summit crater open to the N, and a rim extending to the E coast. The crater of the topographically indistinct stratovolcano is filled by two steep-sided lava domes, the largest of which (left) forms the high point of the island. 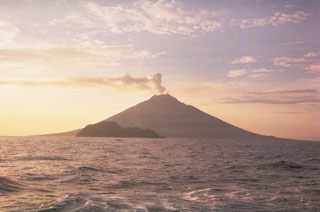