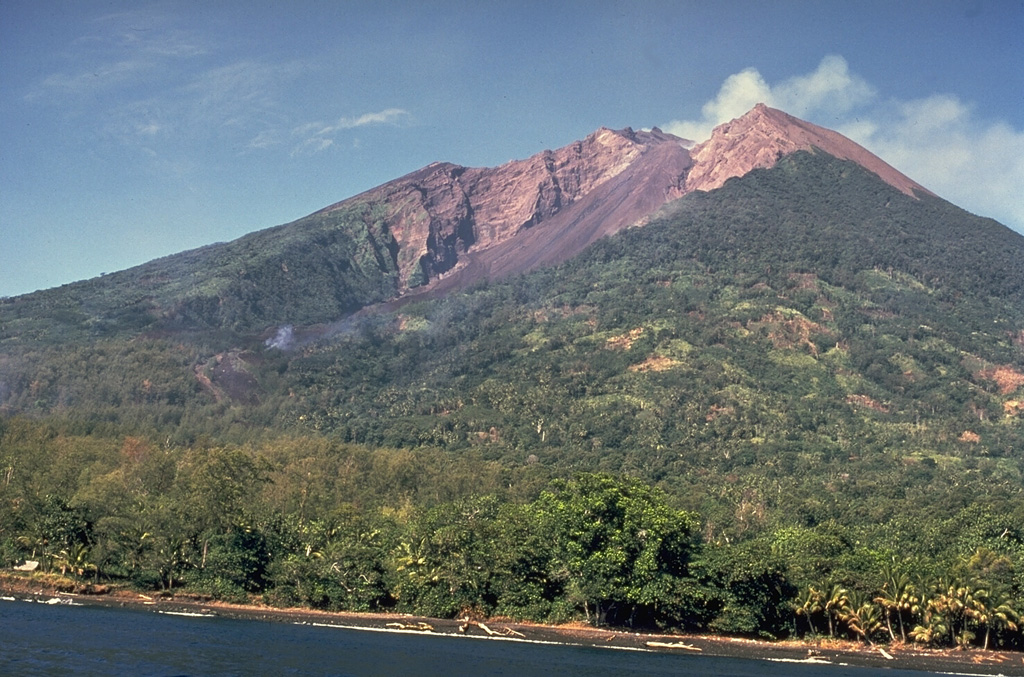 The 10-km-wide island of Manam is one of Papua New Guinea's most active volcanoes. Four large radial valleys extend from the unvegetated summit to its lower flanks and two summit craters are present. Most eruptions during the past century have originated from the southern crater, concentrating eruptive products into the SE avalanche valley, seen here from off the east coast of the island. Frequent eruptions have been recorded since 1616.