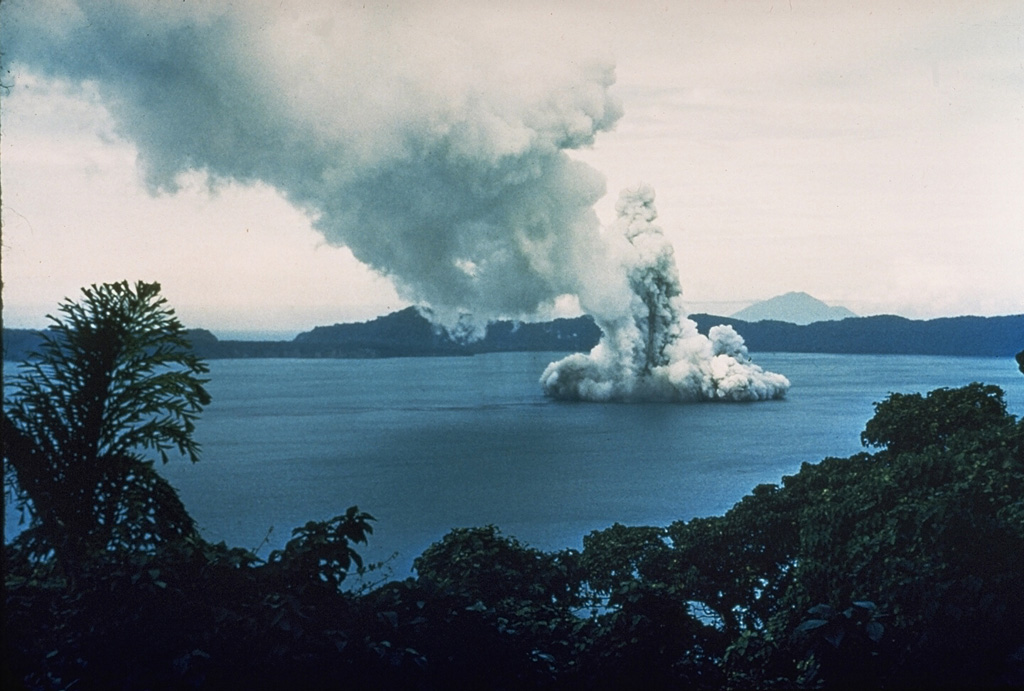 Phreatic explosions from Motmot Island in Lake Wisdom, on Long Island, during a 1953-54 eruption. The Surtseyan explosion produced a jet of steam and ash seen rising above the lake, and a base surge traveling radially away from the vent across the surface. The western wall of the 10 x 12.5 km Long Island caldera is 200-300 m high in the distance. Twentieth century eruptions at Long Island have originated from vents at or near Motmot Island.