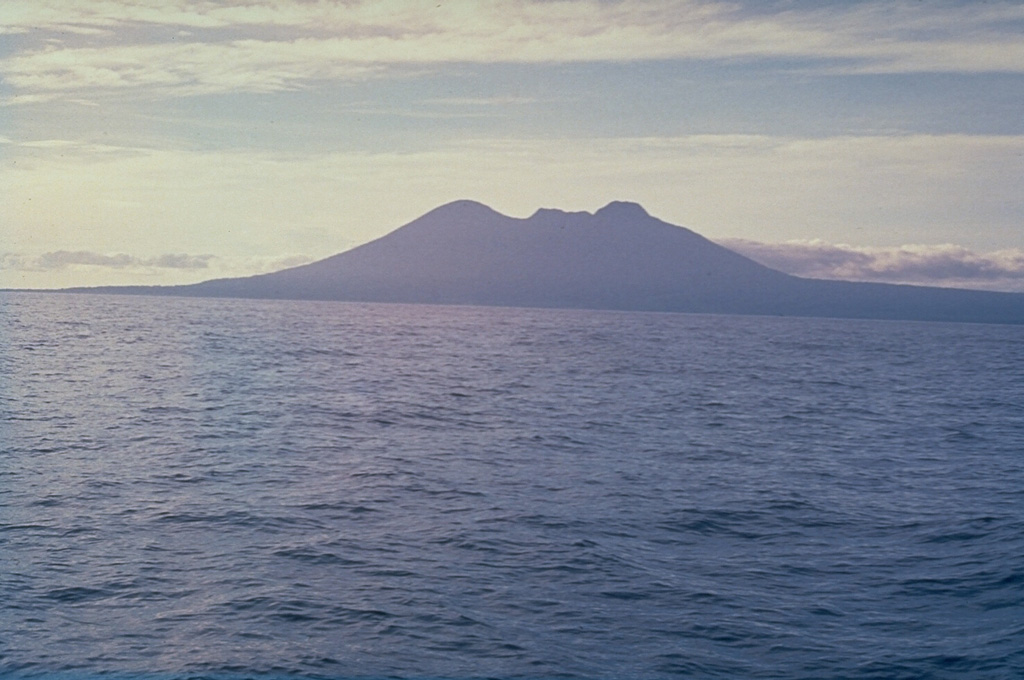 The broad profile of Long Island, seen here from the E, is composed of two steep-sided edifices, Mount Reaumur to the north (center) and Cerisy Peak to the south. Collapse of the volcanic complex during at least three major explosive eruptions about 16,000, 4,000, and 300 years ago produced a large 10 x 12.5 km caldera, whose low rim appears at the right.