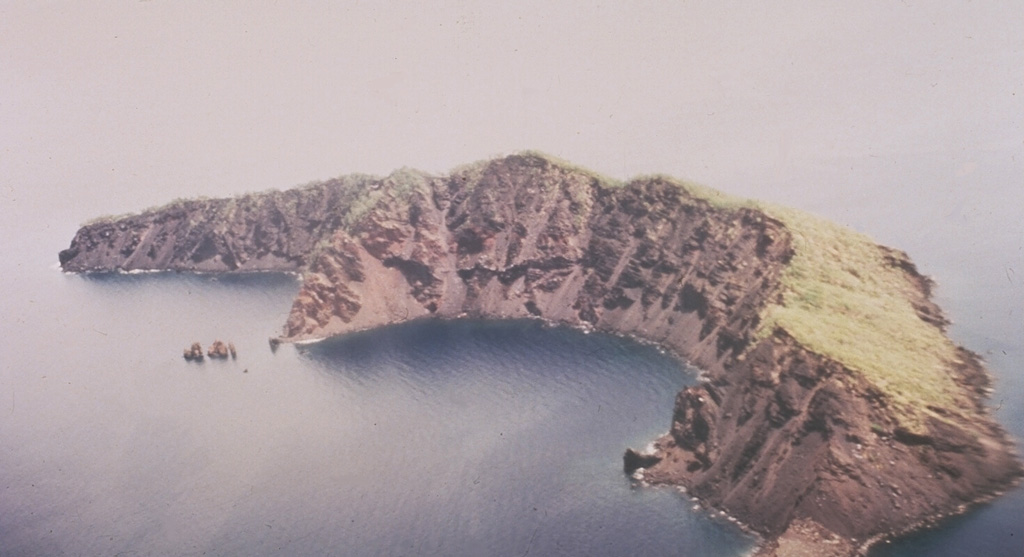 This arcuate, 1.9-km-long, 200-m-wide island is what remains of Ritter Island after its collapse in 1888. Prior to 1888 this was a steep-sided nearly circular island about 780 m high. Large-scale slope failure removed the summit of the conical volcano, leaving an arcuate 140-m-high west-facing scarp, seen here from the SW. Two minor post-collapse explosive eruptions occurred offshore during 1972 and 1974.