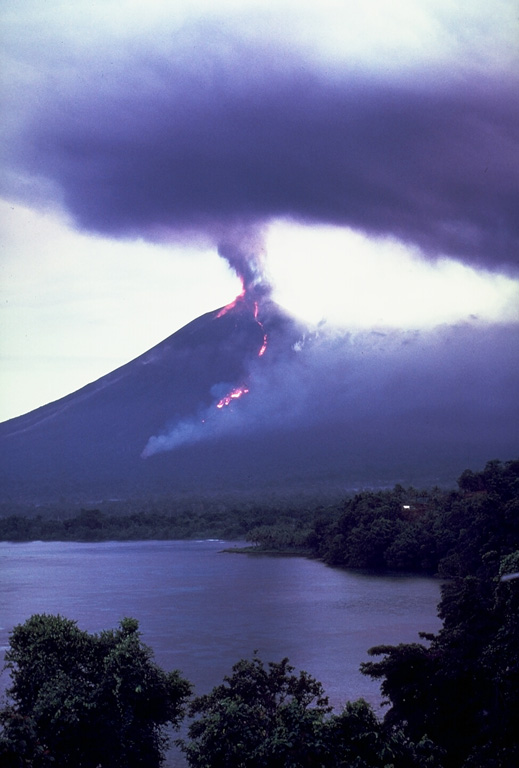 An ash plume erupts from the summit crater of Ulawun volcano on 21 November 1985. Smoke from burning vegetation rises from the front of an incandescent lava flow that is descending the NW flank. Strombolian eruptions had begun four days earlier and lava emission began the following day. The lava flow front bifurcated on the lower flanks of the volcano and the eastern lobe traveled slightly farther, eventually reaching 5.5 km from the summit.