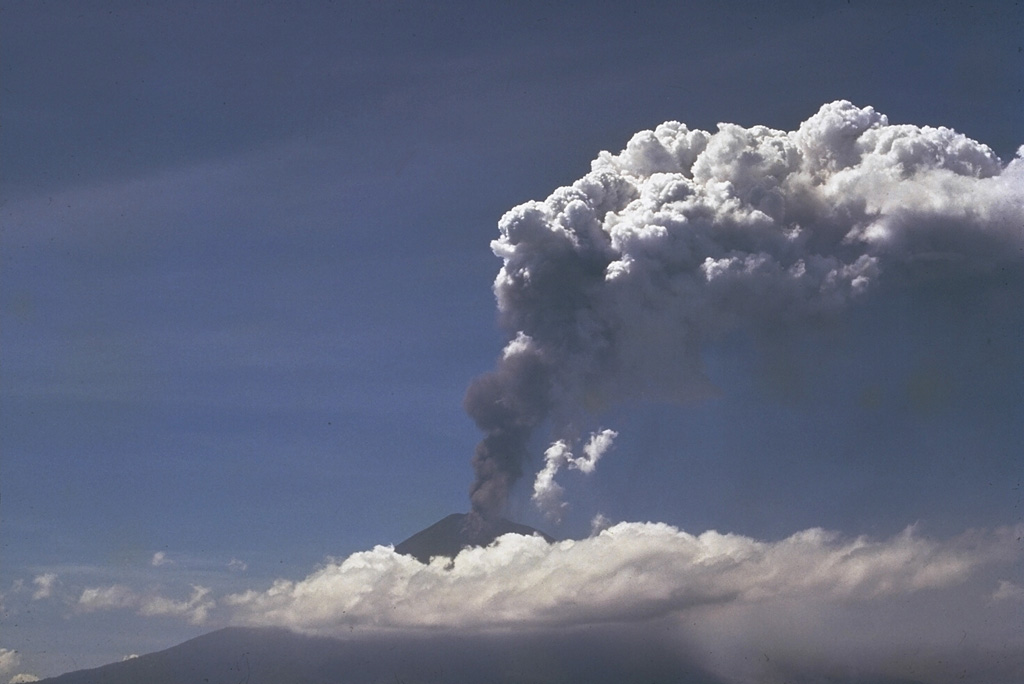 An explosive eruption from Ulawun began on 15 January 1970. On 22 January pyroclastic flows were produced, followed by periodic lava emission that produced a flow reaching 5 km SW of the crater. This photo shows an ash plume rising above the summit on 23 January.