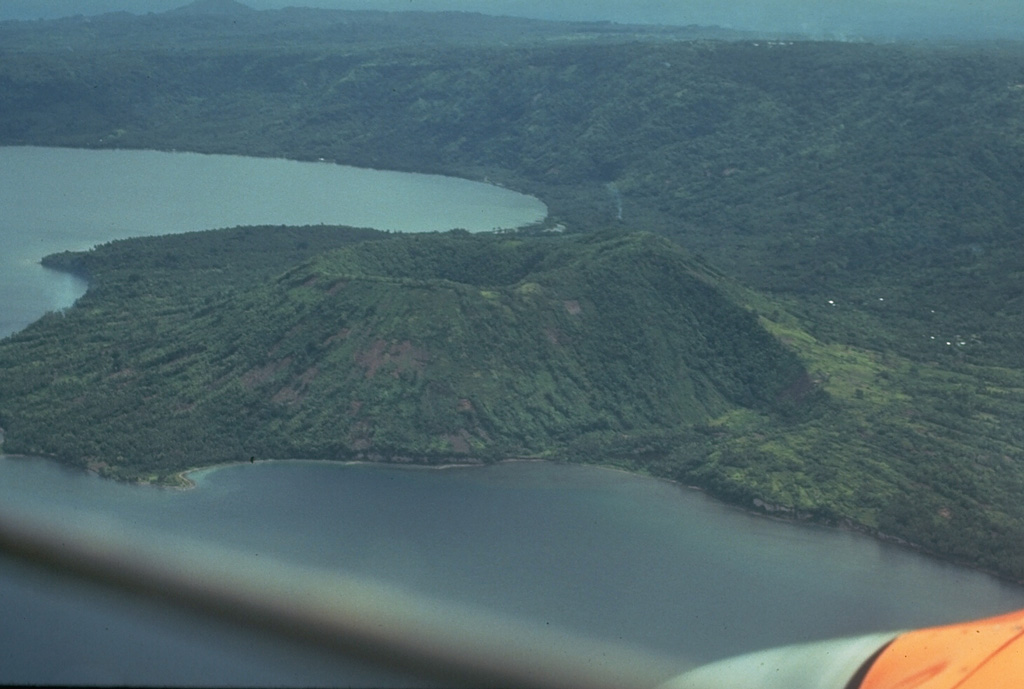 The largest historical Rabaul eruption took place from 29 May to 2 June 1937 from two vents on opposite sides of the caldera, Vulcan and Tavurvur. Present-day Vulcan, seen here from the NE, was built up from sea level to a height of 243 m during four days of powerful explosive eruptions that ended the evening of 2 June. About 500 people were killed by pyroclastic flows and heavy ashfall. Rabaul city was buried by ash and pumice, and a tsunami swept ships onto the shore. Tavurvur was active for less than one day.