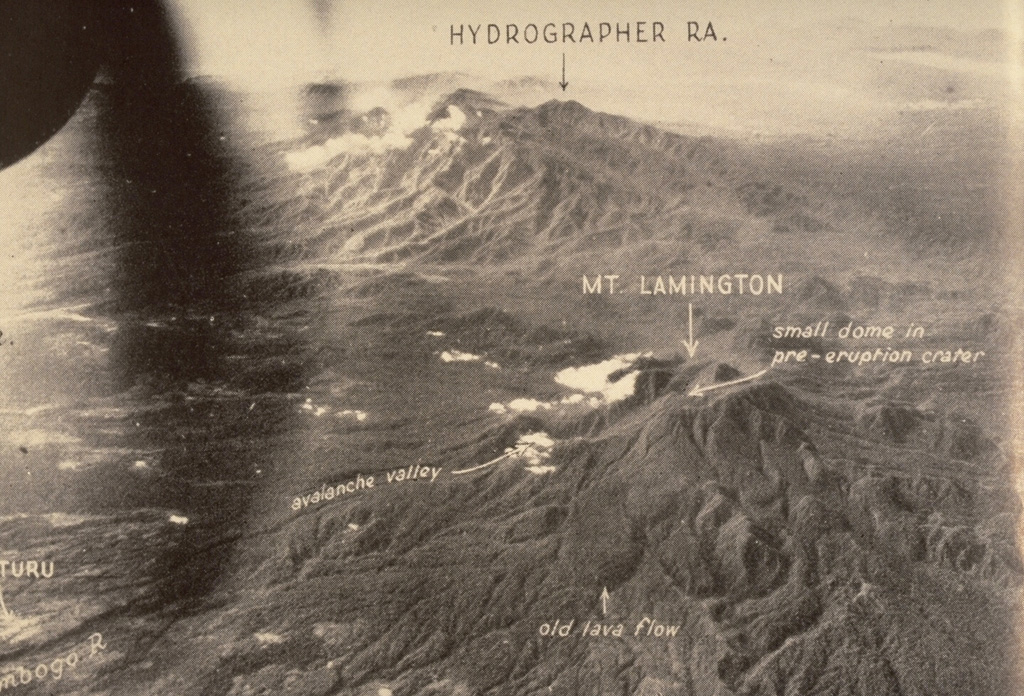 The Hydrographers Range, seen here from the W, is a forested, deeply dissected volcanic massif extending from the E margin of Mount Lamington (lower right) to the northern coast of Papua New Guinea. Most activity took place during the Pleistocene, but well-preserved scoria cones and craters suggest that some Holocene activity occurred. This 1947 photo was taken prior to Lamington's catastrophic eruption in 1951. 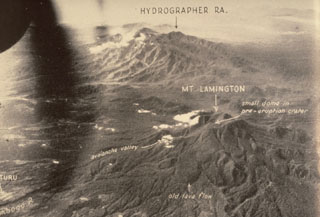