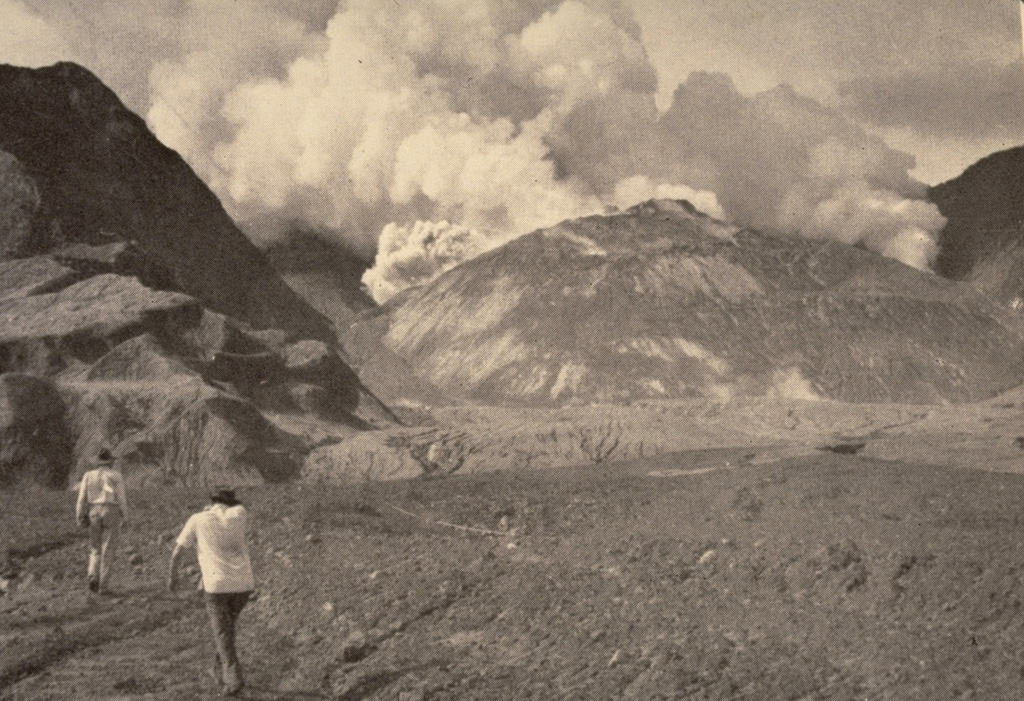 Members of a scientific team approach the crater of Mount Lamington through the avalanche valley on 11 February 1951. Explosions occurred from a vent behind the new lava dome growing in the summit crater produce gas and ash plumes. Growth of the lava dome began soon after the catastrophic 21 January explosive eruption. At the time of this photo, the smooth-surfaced lava dome was uplifting the floor of the new crater. The dome eventually grew to the height of the crater rim.