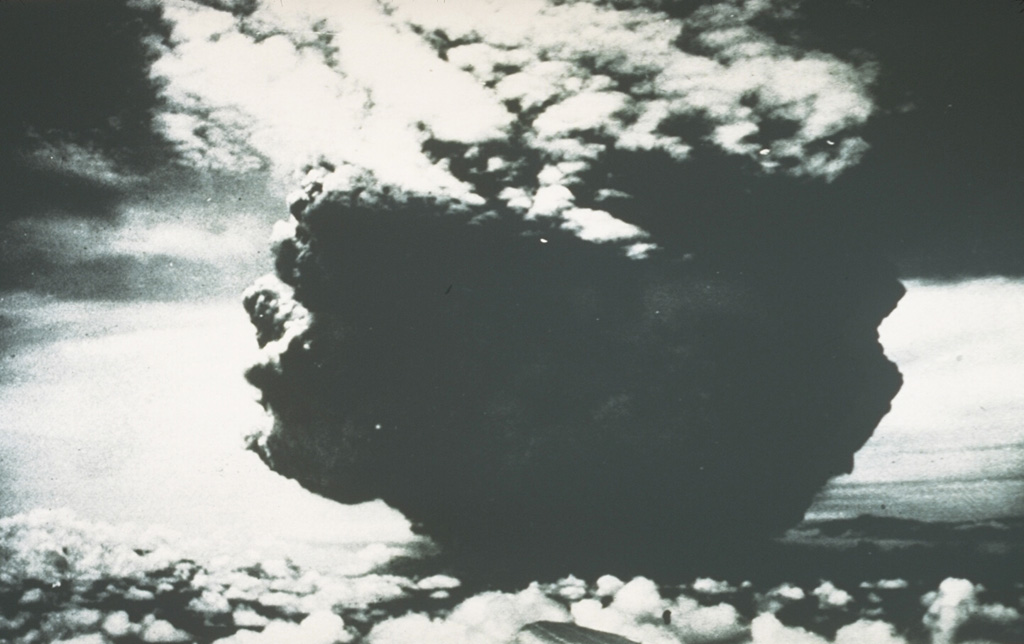 This photograph of the catastrophic eruption of 21 January 1951 was taken by the pilot flying from Port Moresby to Rabaul. From about 40 km NW, the pilot observed this ash plume rising to a height of about 13 km within two minutes. Shortly afterwards, the cloud expanded horizontally away from the volcano as devastating pyroclastic flows and surges swept radially up to 12 km from the crater.