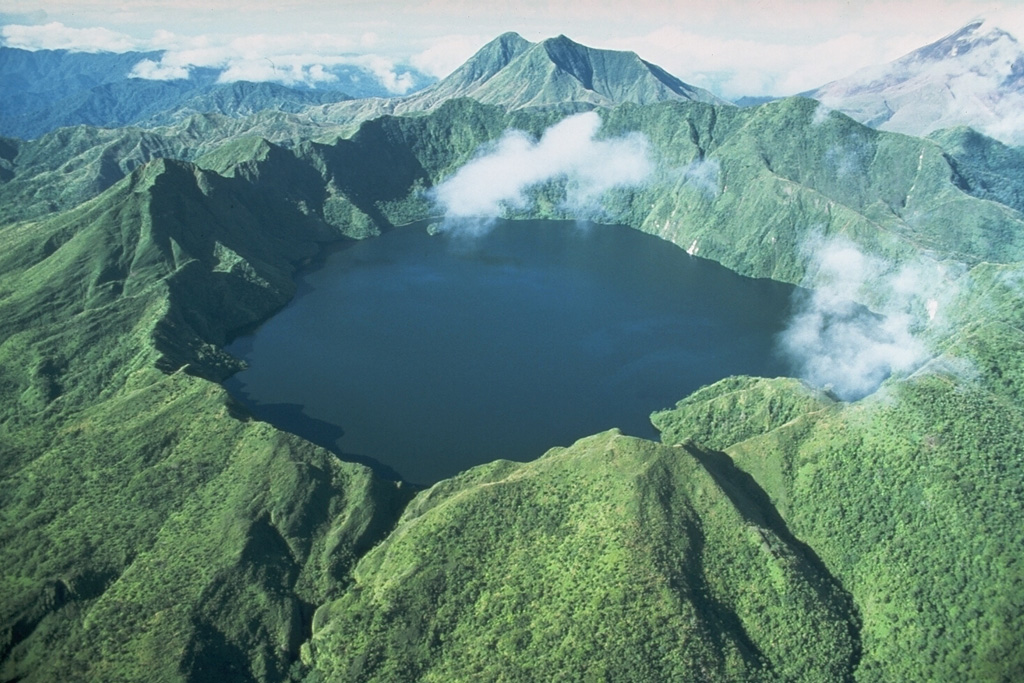 Billy Mitchell truncated by a 2-km-wide caldera containing a lake. It is seen here from the north, with the eroded, forested Reini volcano on the center horizon and neighboring Bagana volcano at the top right. Billy Mitchell has been the source of some of the largest Holocene eruptions of Papua New Guinea. Two major explosive eruptions, one about 900 years ago and the other about 370 years ago, produced ashfall across most of the N half of Bougainville Island. 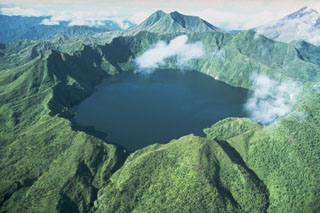