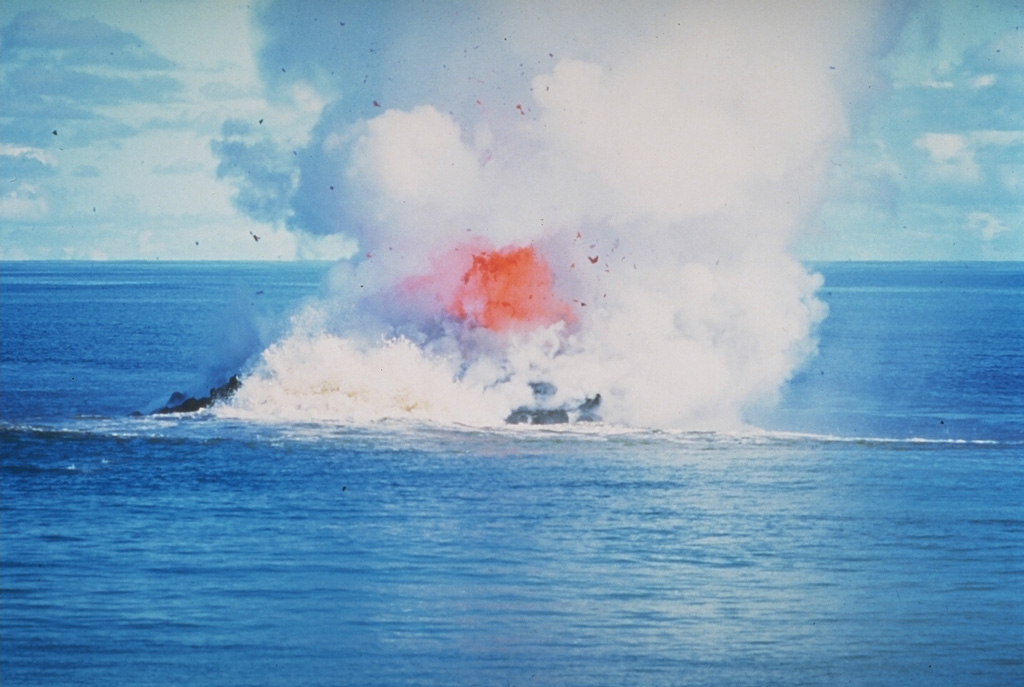 Incandescent rock and steam rise above the sea at Kavachi volcano in the Solomon Islands. By the time of this 30 June 1978 photo the vent of the submarine volcano had reached the sea surface. Dark extruded lava can be seen through the steam, with the plume rising a few thousand meters into the air. There was no sign of the submarine volcano on 20 June but the following day an eruption was observed. By the 22nd there was a 30-50 m wide island erupting incandescent lava.