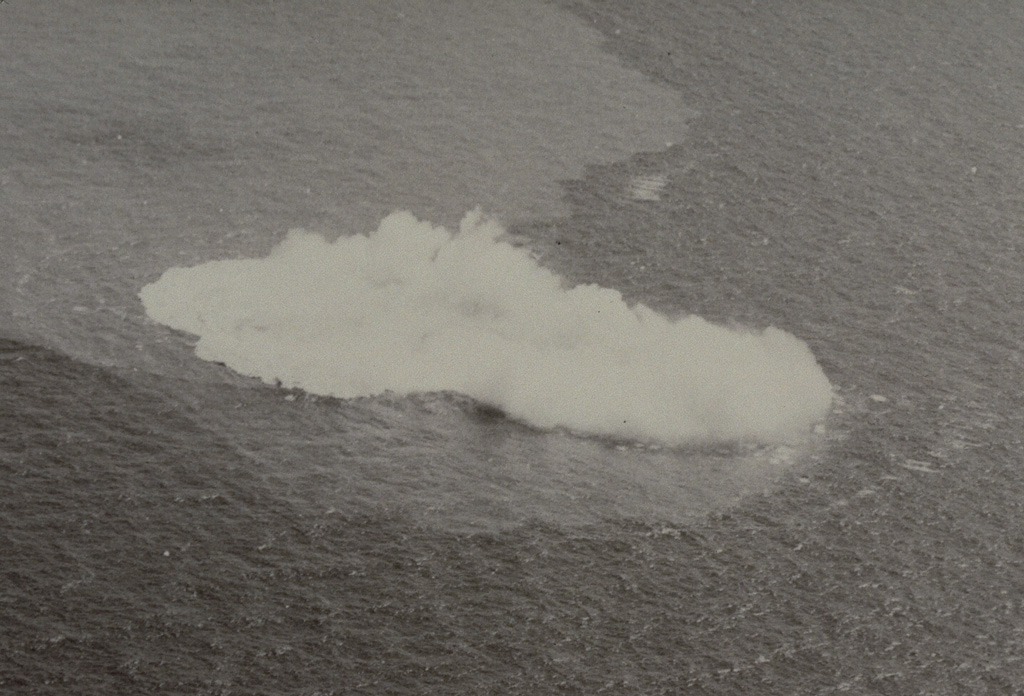 Submarine explosions took place at Kavachi from 28 October to 7 November 1969. This photo on the first day of the eruption shows steam rising above an area of water discoloration. Renewed explosions began on 22 December and a new island was first seen on 30 January. The last eruptions were observed on 6 February and the new island was eroded to below sea level by wave action between 7-17 February.