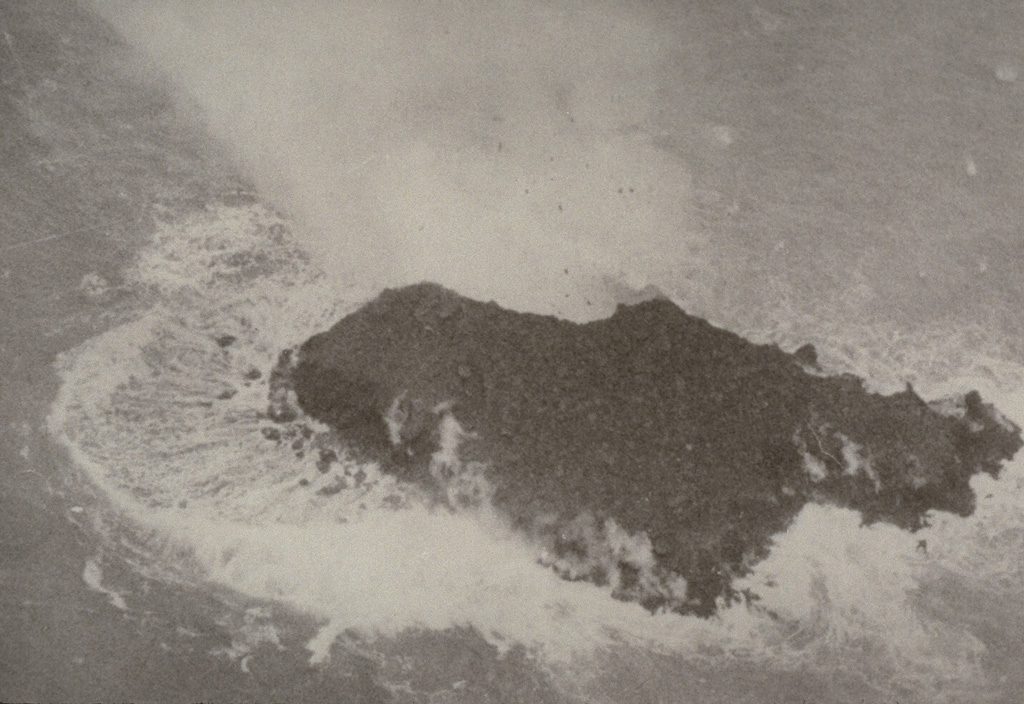 A newly-formed island at Kavachi on 9 September 1976. Submarine explosions ejected fountains of water and rock about 60 m high on 24 August. Similar activity was observed 4-6 September. By the 7th, lava effusion was observed. Lava flows ceased between 9-11 September, but explosions continued, and by the 15th the island was 100 m long. By 6 October the island was eroded. Explosive eruptions were last observed on 13 October from a vent estimated to be less than 15 m below sea level.