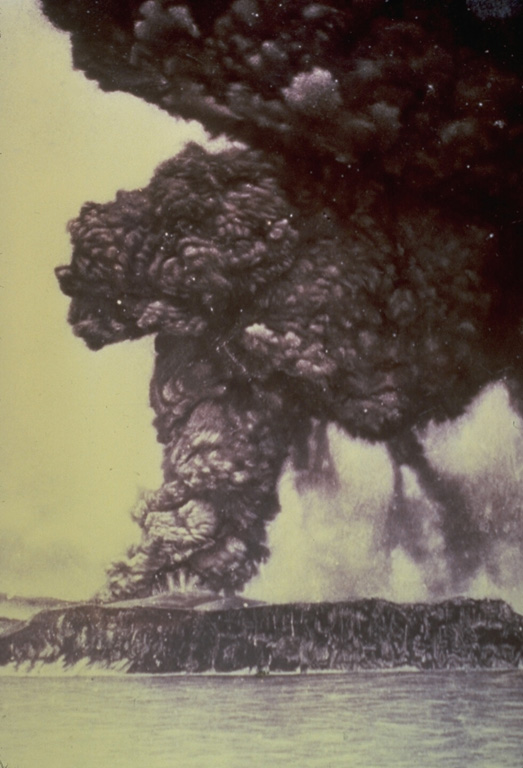 One week after the onset of an eruption of Krakatau volcano in May 1883, an eruption column rises above Perboewatan vent on Krakatau Island. Initially three vents on Krakatau Island were active. Three months later a paroxysmal eruption destroyed much of the island and formed a large caldera. Pyroclastic flows swept across the sea to Sumatra and tsunamis swept the coastlines of Sumatra and Java.

Photo courtesy of the family of R. Breon, published in Simkin and Fiske (1983).