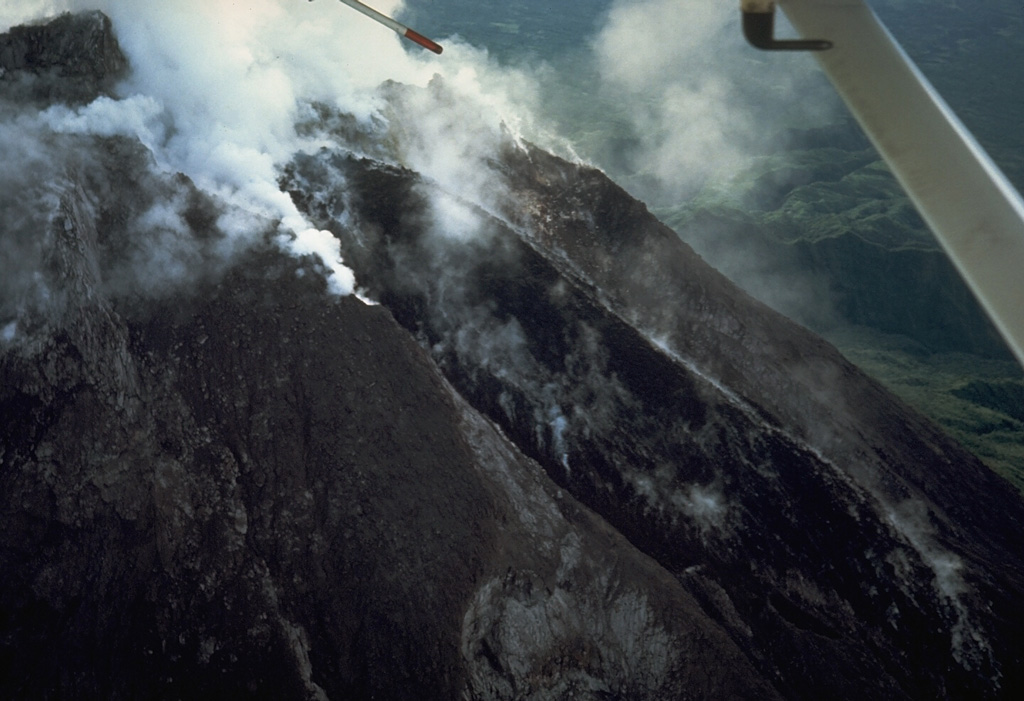 An aerial view from the WSW on 6 January 1987 shows a black lava flow descending from the summit crater of Merapi. During a five-day period beginning 10 October 1986, the dome was partially destroyed by a series of dome-collapse pyroclastic flows (block-and-ash flows). The period of dome growth and lava effusion seen in this photo then began and continued for several years before stabilizing in mid-1990.