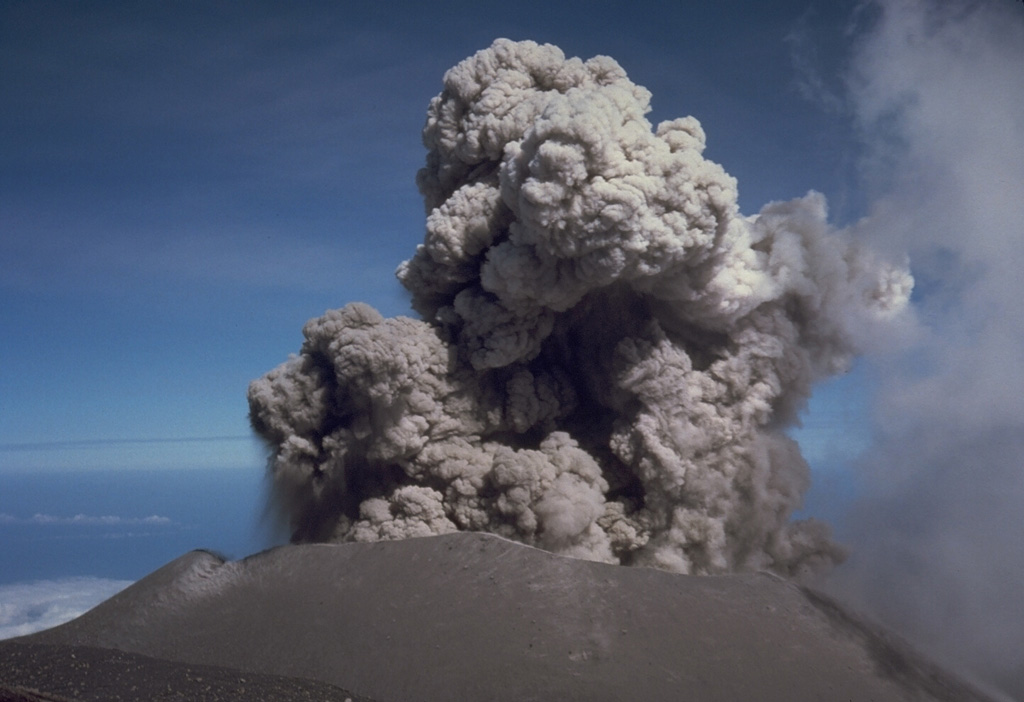 An eruption plume rises above the summit crater of Semeru on 17 August 1985. Semeru has been in near-continuous activity since 1818, producing frequent small-to-moderate explosions that eject ash and volcanic bombs. Some larger eruptions have produced pyroclastic flows and lahars that have reached the foot of the volcano.