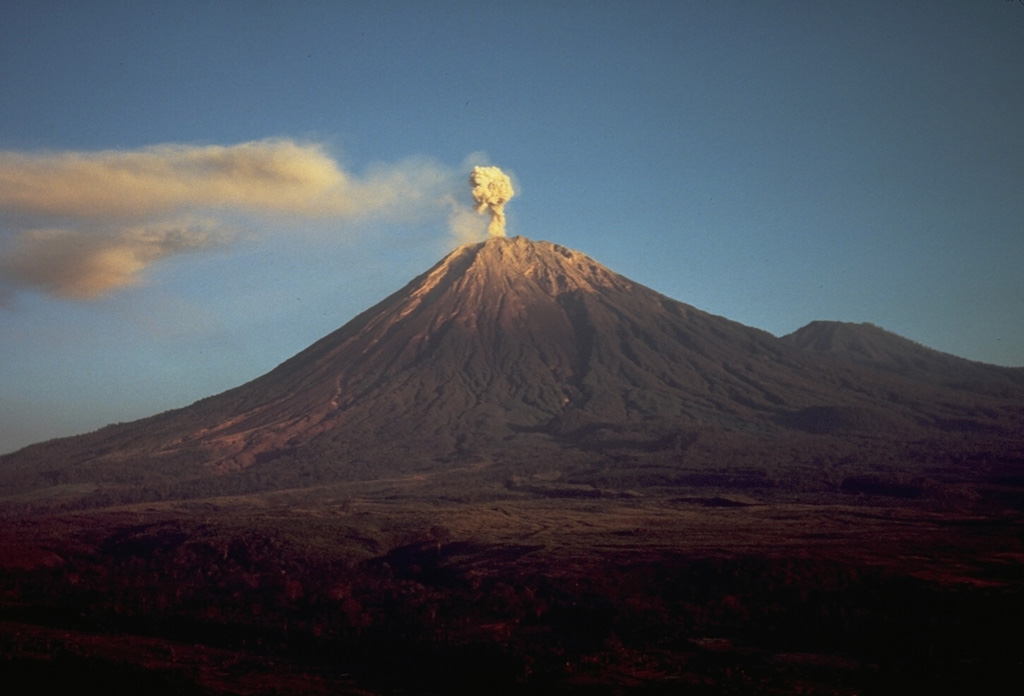 Semeru volcano rises above the coastal plain in Java, shown here producing a small ash plume in 1985. Larger eruptions occasionally produce pyroclastic flows and lahars that reach as far as the lower flanks of the volcano. Semeru (also known as Mahameru: "Great Mountain") has been in near-continuous activity since 1818.