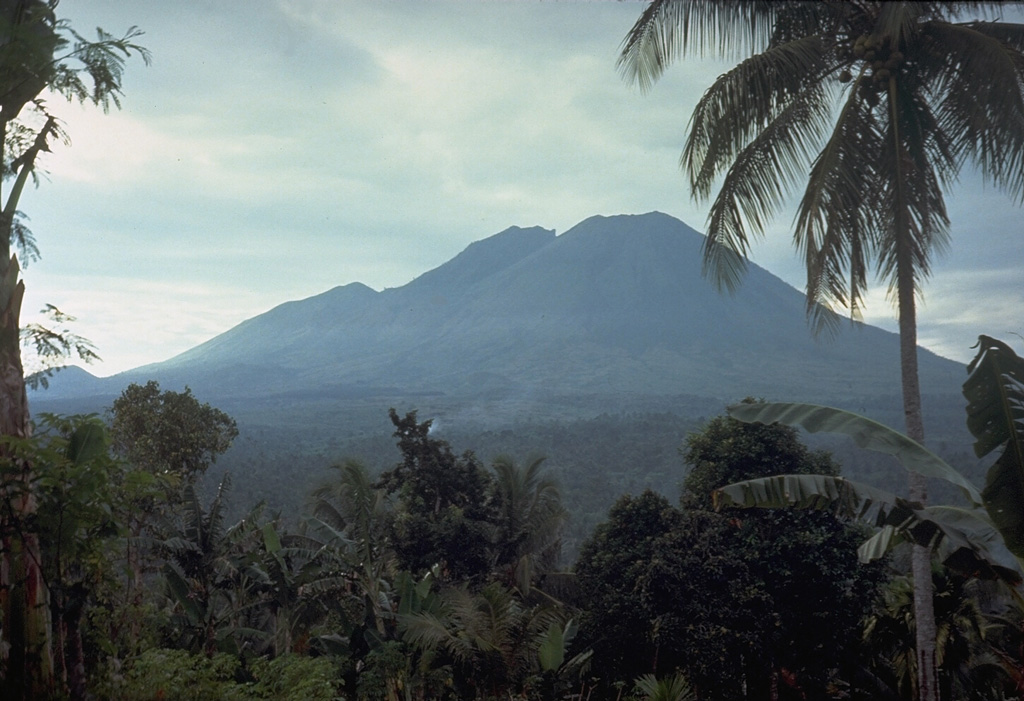 Lamongan volcano is located between the Tengger and Iyang-Argapura volcanic complexes. A cluster of 27 maars, many filled by lakes, and 37 scoria cones surround the volcano. Tarub is the volcano's highest peak to the left. Lamongan was frequently active during the 19th century, producing both explosive eruptions and lava flows.