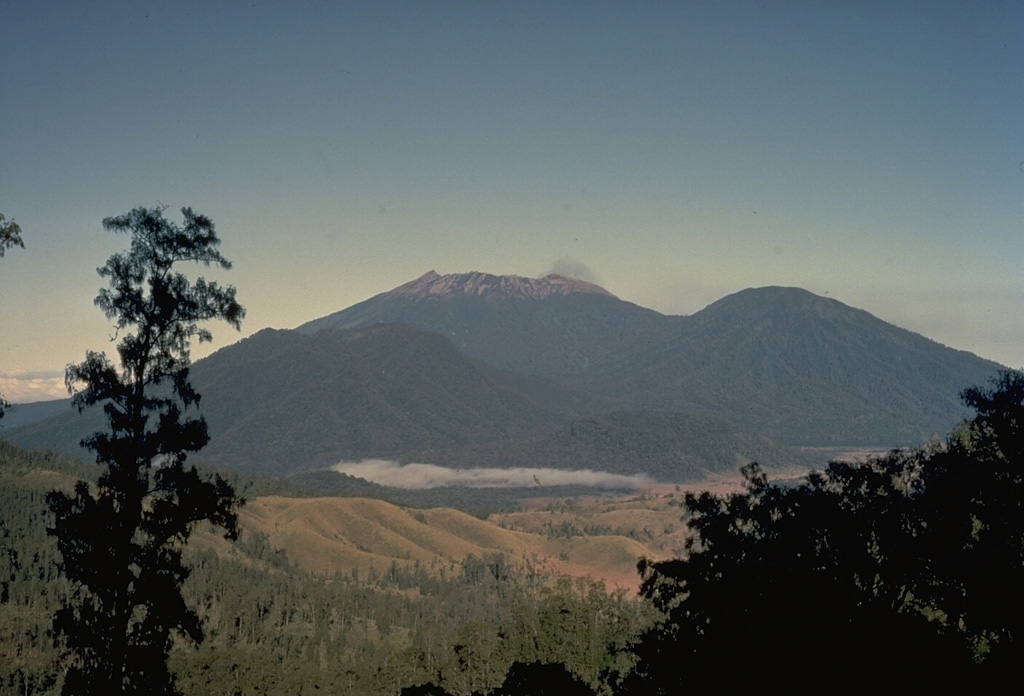 The summit of the massive Raung volcano, part of a group of volcanoes along a NW-SE-trending line near the eastern tip of Java, is truncated by a steep-walled, 2-km-wide caldera. This view from Ijen caldera NW of Raung shows Raung at the center and Gunung Suket on the right. Raung is one of Java's most active volcanoes, producing frequent explosive eruptions from a central cone within the caldera.