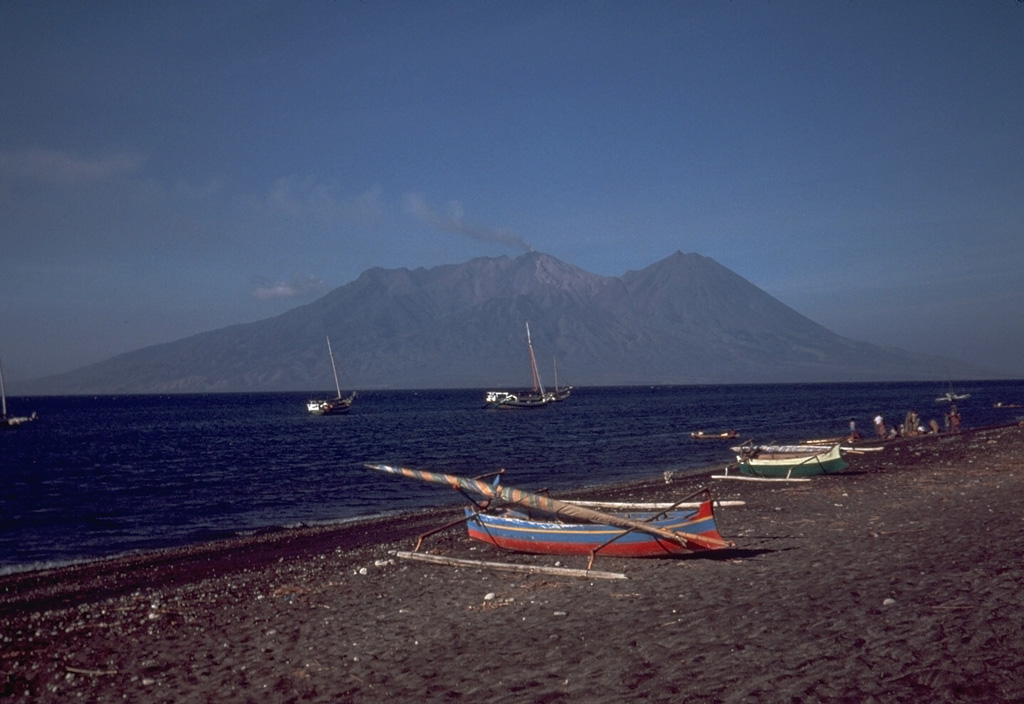 Sangeang Api is a small volcanic island off the NE coast of Sumbawa Island. Two large cones, Doro Api in the center and Doro Mantai on the right, were constructed within and on the south rim of a largely obscured caldera. Intermittent eruptions have been recorded since 1512 and it has been frequently active in the 20th century.