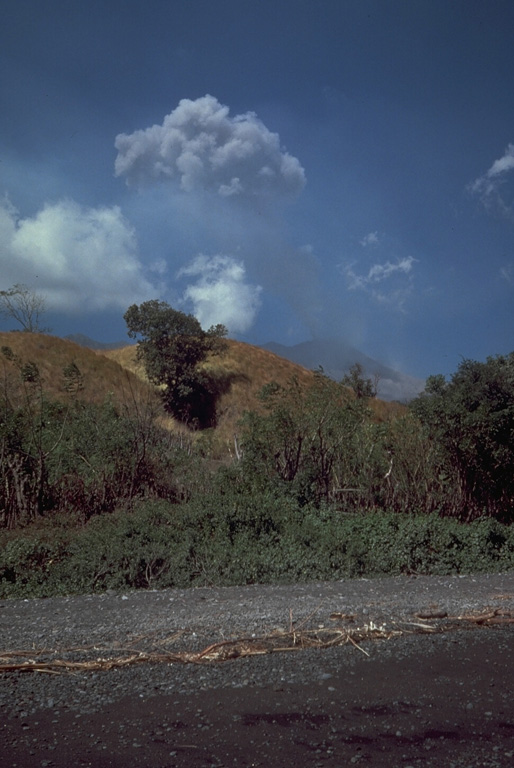 An ash plume rises above the Doro Api peak of Sangeang Api volcano on 25 August 1985. The eruption, which began on 30 July and lasted until February 1988, included explosive activity, pyroclastic flows, and a lava flow that traveled 4-5 km down the W flank.