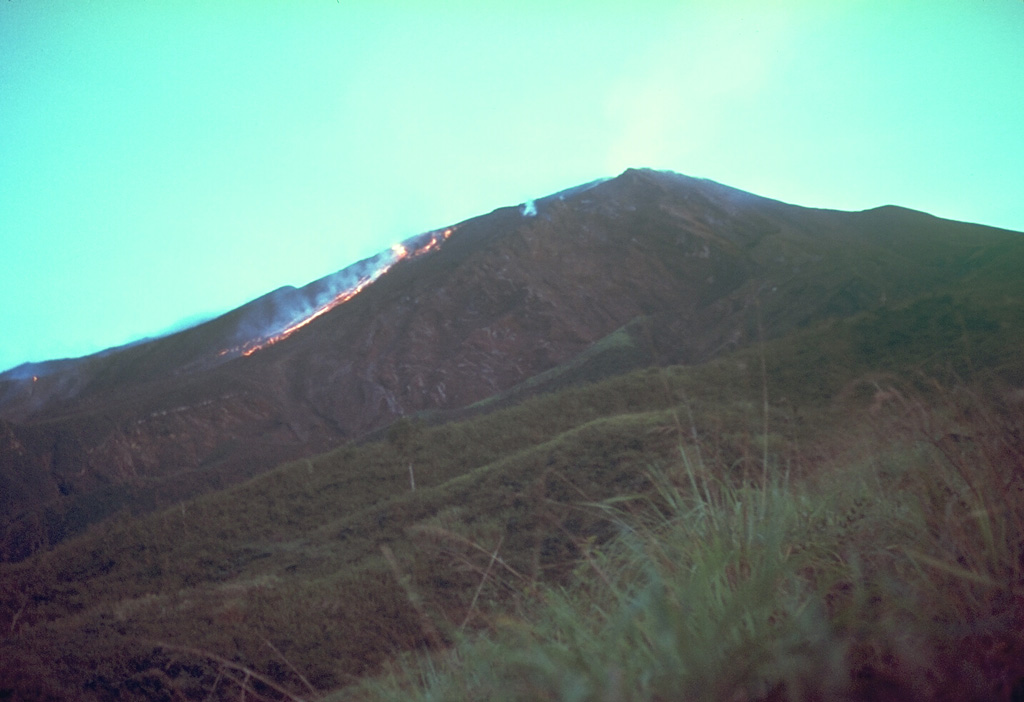 A lava flow descends the W flank of Doro Api at Sangeang Api volcano on 4 December 1985. The eruption began on 30 July and pyroclastic flows forced the evacuation of the island's 1,242 inhabitants. The lava flow eventually traveled 4-5 km before stopping in June 1986. Explosive activity continued until February 1988.