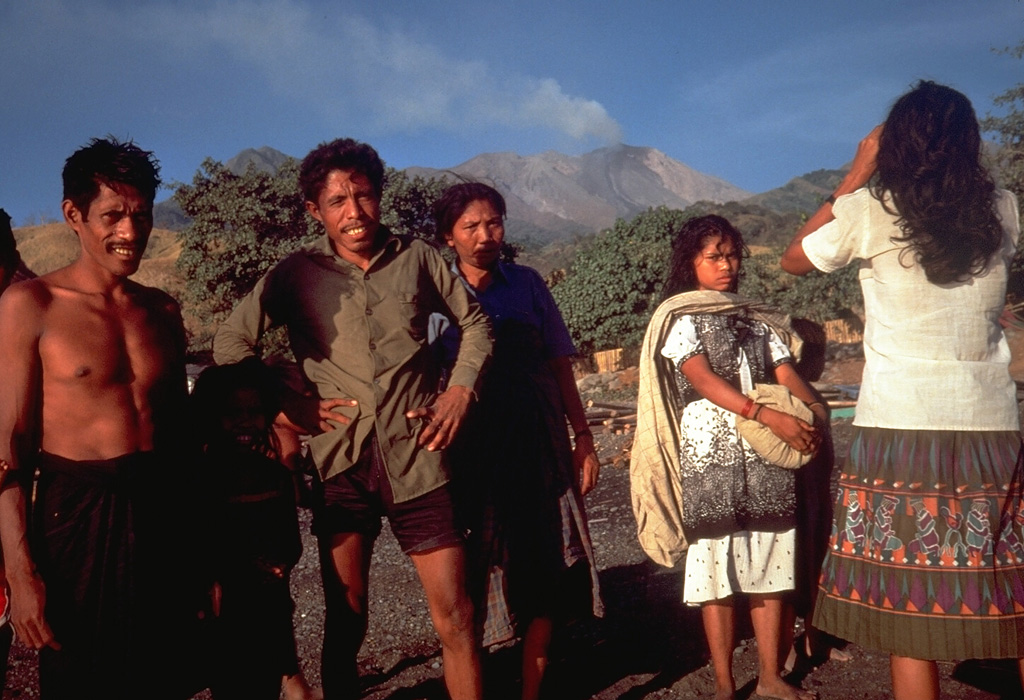 Islanders prepare to evacuate on 25 August 1985 as Sangeang Api volcano erupts in the background. The eruption began on 30 July and produced pyroclastic flows that eventually forced the evacuation of the island's entire 1,242 inhabitants.