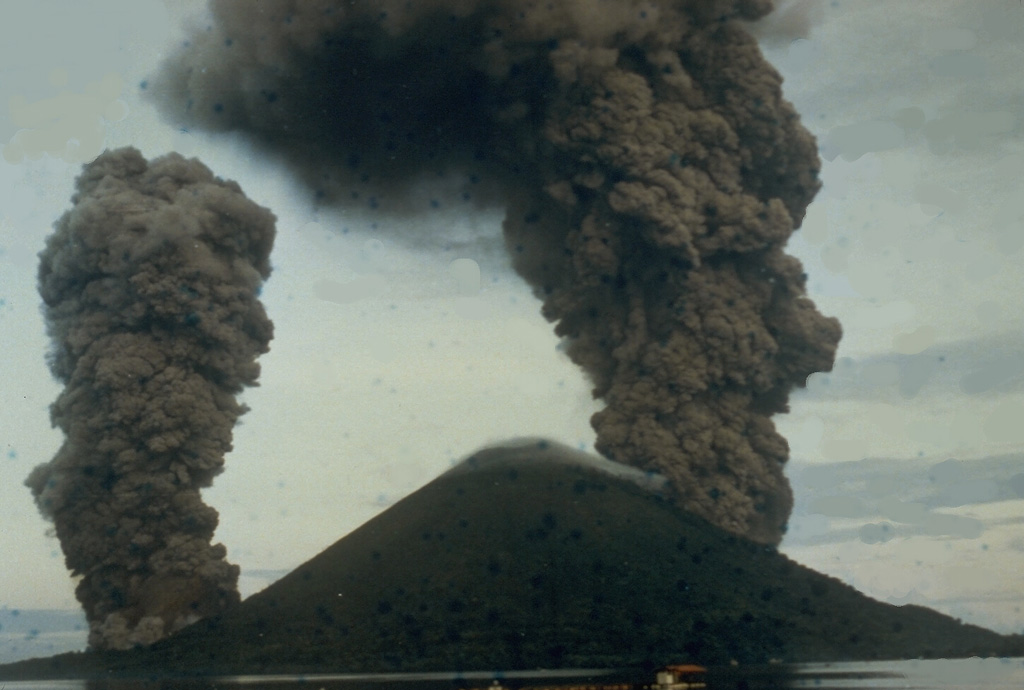 This dramatic photo taken from the SE on May 9, 1988, shows ash-rich eruption plumes rising from vents on the north and south sides of the island. The blue dots are a result of film damage. The eruption occurred from a 3-km-long arcuate fissure that cut the island from the south coast to the 200-m elevation on the north flank. The eruption plume reached a maximum height of 16.5 km. Lava flows reached the north, NW, and south coasts, destroying two villages.

Photo by I. Yoshida, 1988 (courtesy of Volcanological Survey of Indonesia).