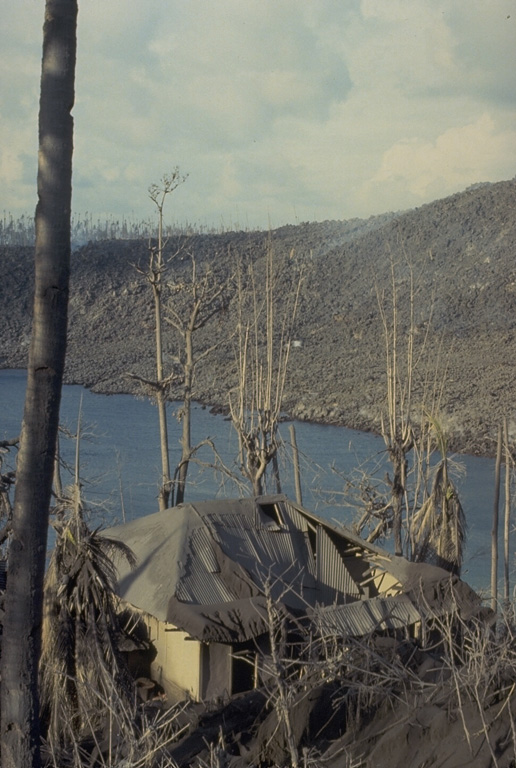 The roof of this house at Pasir Besar on the NW coast of Gunung Api Island collapsed as a result of the loading of ash and the impact of ballistic bombs from the May 9, 1988 eruption of Banda Api volcano. Tephra from the eruption was distributed primarily to the west. The barren slope in the background of this May 19 photo is the surface of the 1988 Pasir Besar lava flow, which descended to the sea from a vent on the northern flank.