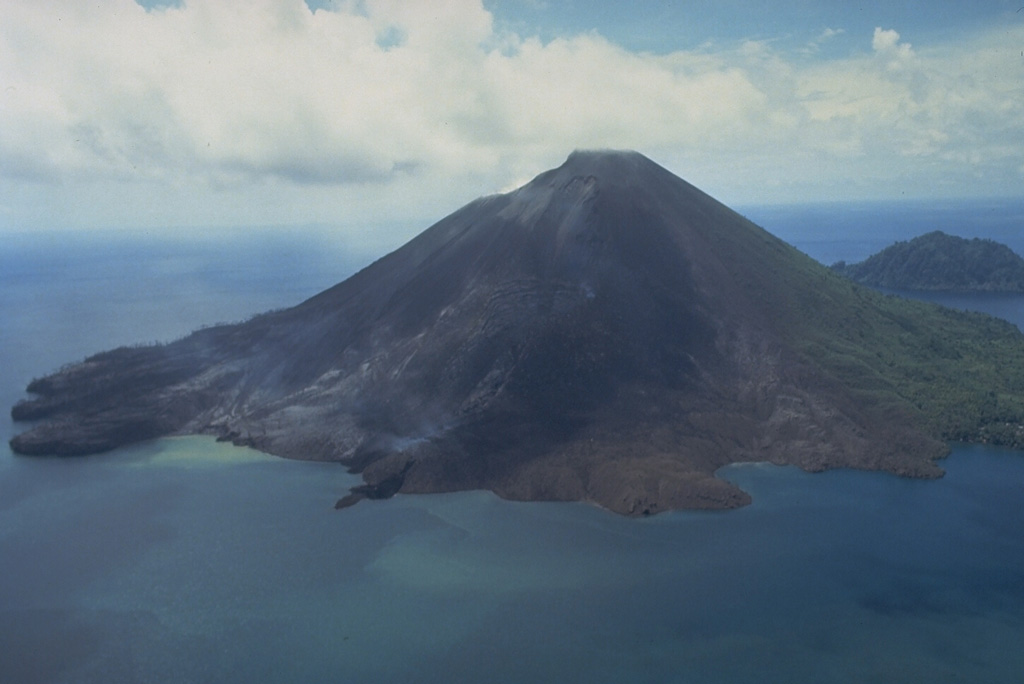 The 640-m-high symmetrical volcano of Banda Api, the most active of a chain of volcanoes in Indonesia's Banda Sea, forms a small 3-km-wide island within a largely submerged 7-km-wide caldera. This May 19, 1988, view from the south shows vegetation damage from the 1988 eruption and the southern half of a prominent arcuate fissure that extended from the south coast through the summit to 200 m above the north coast. The still-steaming narrow black lava flow entering the sea to the left of center is one of four erupted in 1988.