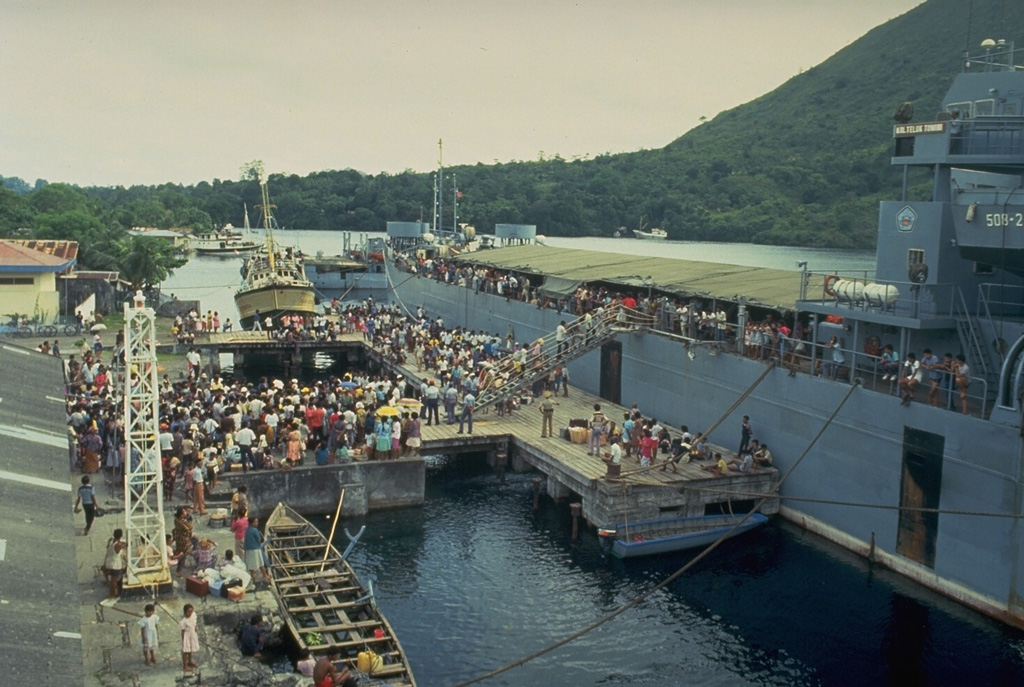 Evacuees on the island of Neira board an Indonesian Navy ship on 20 May 1988, bound for the island of Sulawesi. About 10,000 people of a population of 16,000 living in the Banda Islands were evacuated during the 1988 eruption. During the two days prior to the start of the eruption on the morning of 9 May, about 1800 people on Gunung Api Island (the site of the eruption) evacuated to Neira and Lonthor Islands. On the 9th, people began moving from Neira Island to Lonthur and then to more distant locations. The evacuation remained in effect until 13 June.