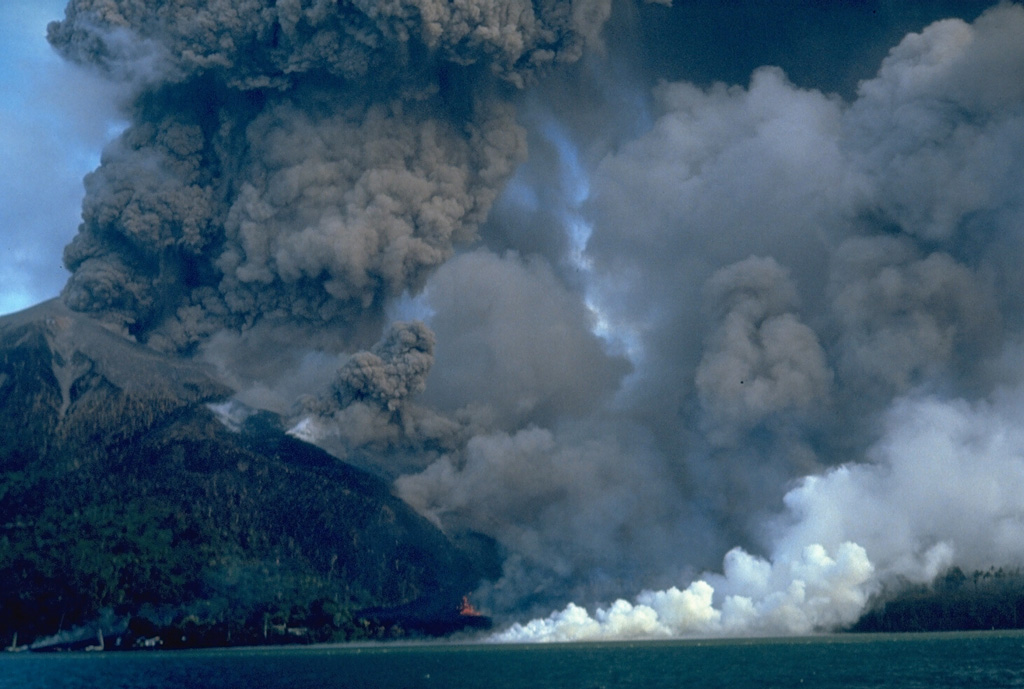 An eruption of Indonesia's Banda Api volcano, seen here on 10 May 1988, took place from a N-SSW-trending fissure that cut across the island. Both explosive activity and lava effusion occurred along the fissure. Billowing, ash-rich eruption plumes rose from vents along the N end of the fissure. Minor lava fountaining can be seen here at the lower-center, near the N coast. White steam marks the entry of the lava flow into the sea after overrunning two villages.