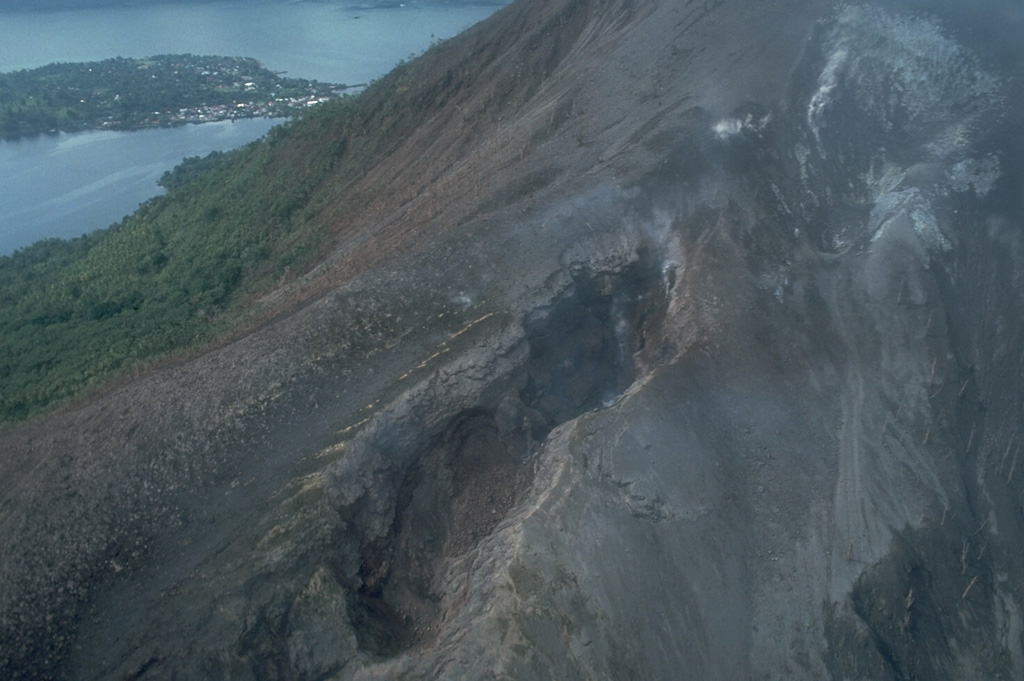 Fissures of vents no. 1 (bottom) and 3 (upper right) cut the northern flank of Banda Api volcano. Ash mantles vegetation adjacent to the fissures, which are about 15-20 m wide at this location. These vents, which began erupting on May 9, 1988, also fed two large lava flows that reached the sea along the northern and NW coasts. Neira Island appears in the background in this May 21, 1988 photo.