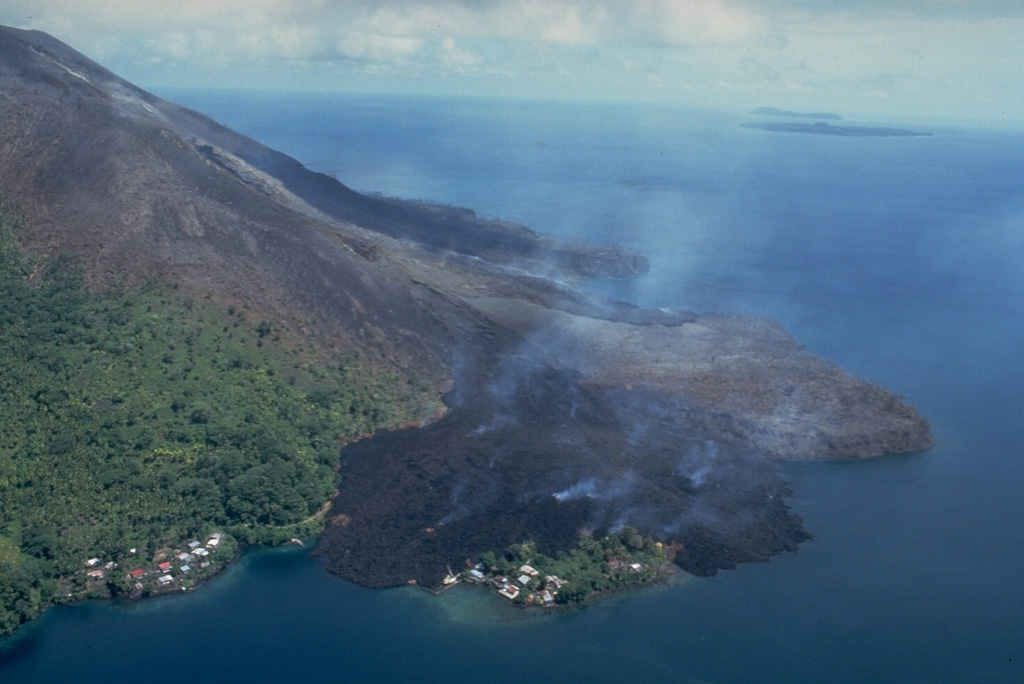 This May 19, 1988, view from the NE shows a still-steaming black lava flow entering the sea along the north coast, partially overrunning the village of Batu Angus. The lava flow originated from a vent at 200 m on the north flank on May 9, and reached the sea the same day. A second steaming lava flow, the Pasir Besar flow, which originated from a vent at 300-350 m elevation, can be seen reaching the NW coast at the center of the photo. The portion of Batu Angus village surrounded by the lava flow sits on an earlier lava flow erupted in 1901.