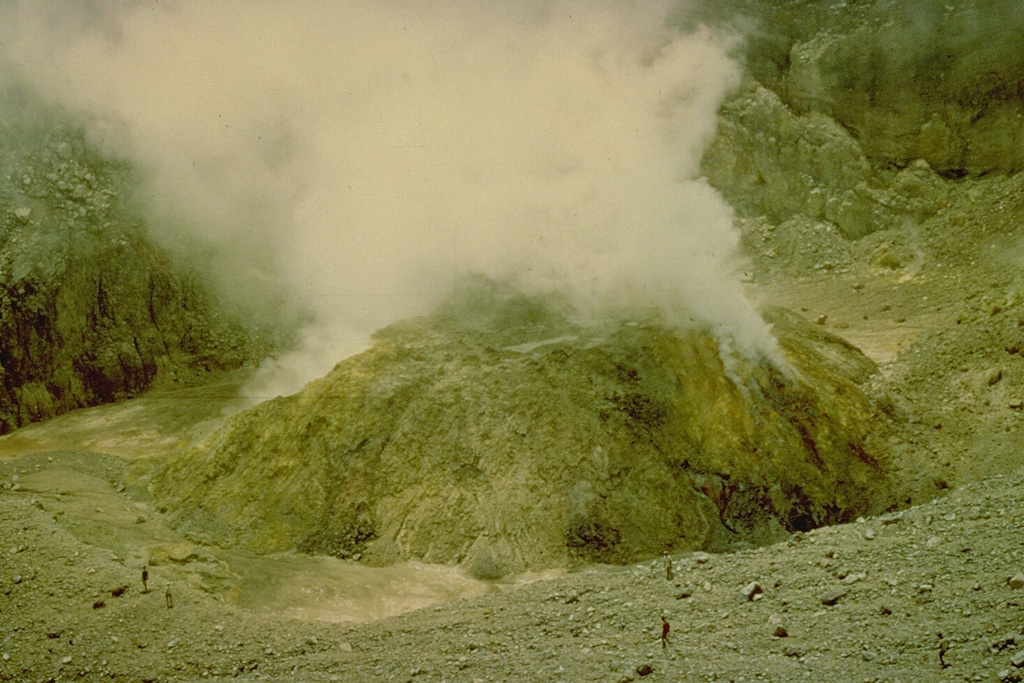 A sulfur-encrusted, steaming lava dome in the summit crater of Lewotobi Perempuan volcano (seen here in 1971) was formed during an eruption from January 1 to December 1921. The only other historical eruption of Lewotobi Perampuan was in 1935, although its twin volcano to the SE, Lewotobi Lakilaki, is one of the most active volcanoes on Flores Island, with frequent eruptions in the 19th and 20th centuries.