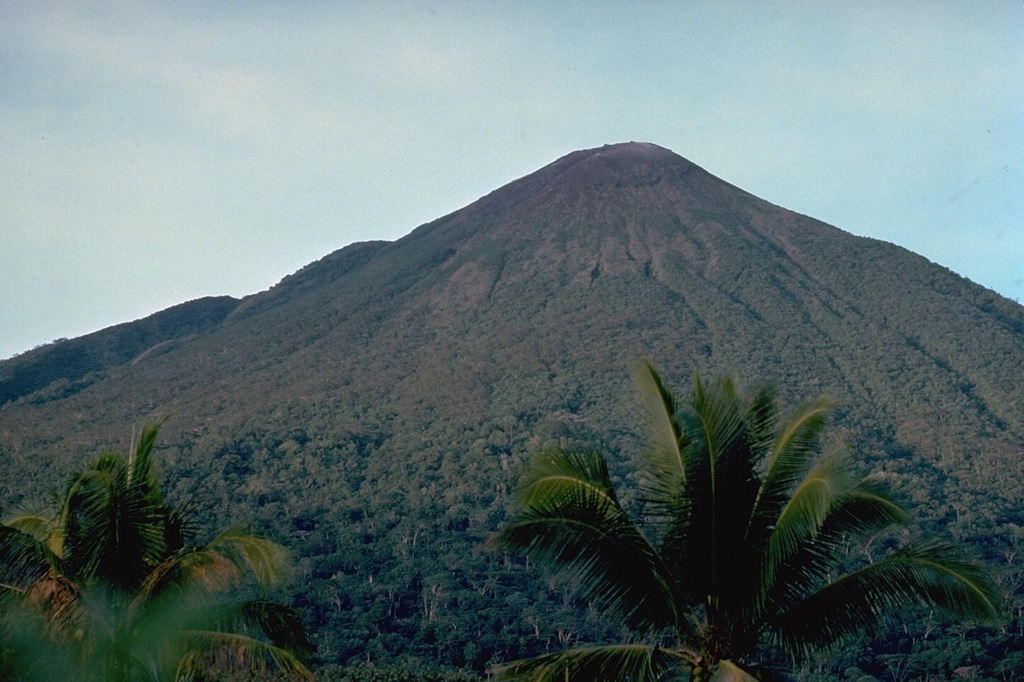 Gamalama volcano (also known as the Peak of Ternate), one of the most active volcanoes of Indonesia, forms Ternate Island, at the north end of a chain of islands off the west coast of Halmahera. The volcanic island was a central focus of the Portuguese and Dutch spice trade for several centuries. Three cones, progressively younger to the north, form its summit. Frequent eruptions have occurred since the 16th century, mostly from the summit vent, although flank eruptions have occurred on four occasions, most recently in 1962-63.