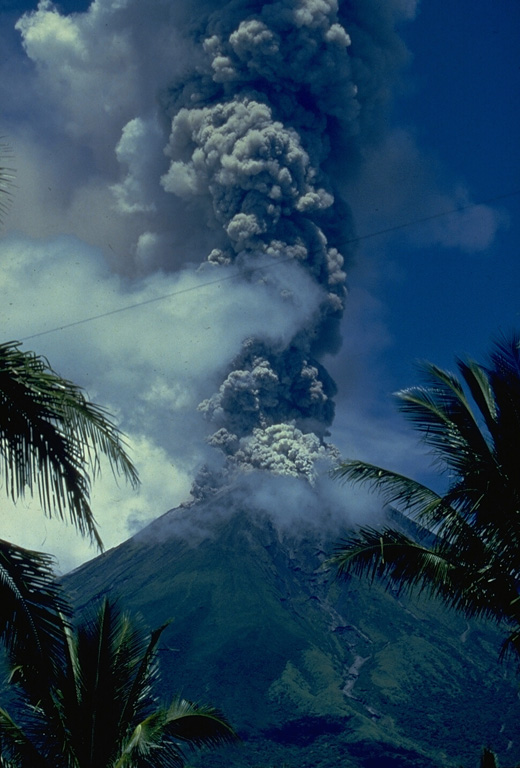 An ash plume rises to 12.5 km above the summit of Mayon volcano on 13 September 1984, seen here from Santa Misericordia on the E flank. This marked the peak of the first phase of the eruption which began on 9 September. The first phase lasted until 18 September and included the eruption of pyroclastic flow that traveled down the NNW flank and lava flows down the SW.

Photo by N.B. Gallegos, 1984 (Philippine Institute of Volcanology and Seismology).