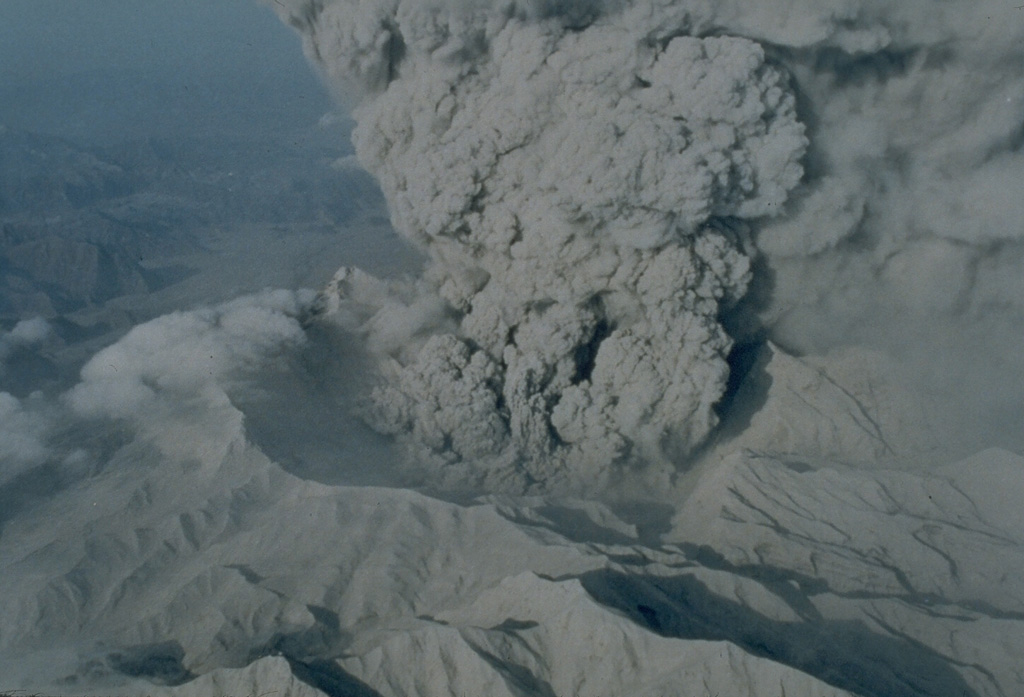 An ash plume rises from the new caldera of Pinatubo volcano on 22 June 1991. The 2.5-km-wide caldera, seen here from the N, was formed by collapse of the summit following a Plinian eruption on 15 June. Ash plumes continued for about a month before becoming intermittent prior to the end of the eruption on 2 September. Light-colored ash deposits cover the flanks of the formerly forest-covered volcano.