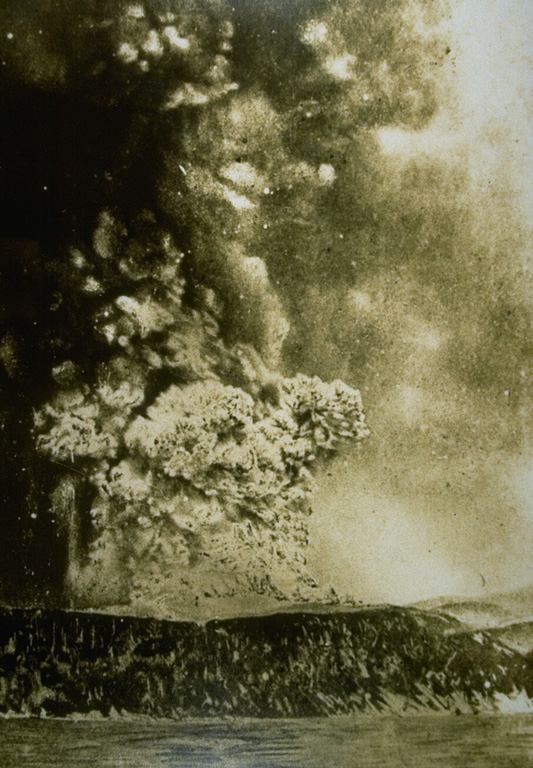 An eruption column rises above Perboewatan crater on Krakatau Island on 27 May 1883. Three months later one of history's most noted eruptions destroyed much of the island, forming a submarine caldera. Detonations were heard as far away as Australia, pyroclastic flows swept across the sea to the coast of Sumatra, and powerful tsunamis devastated the shores of Sumatra and Java.