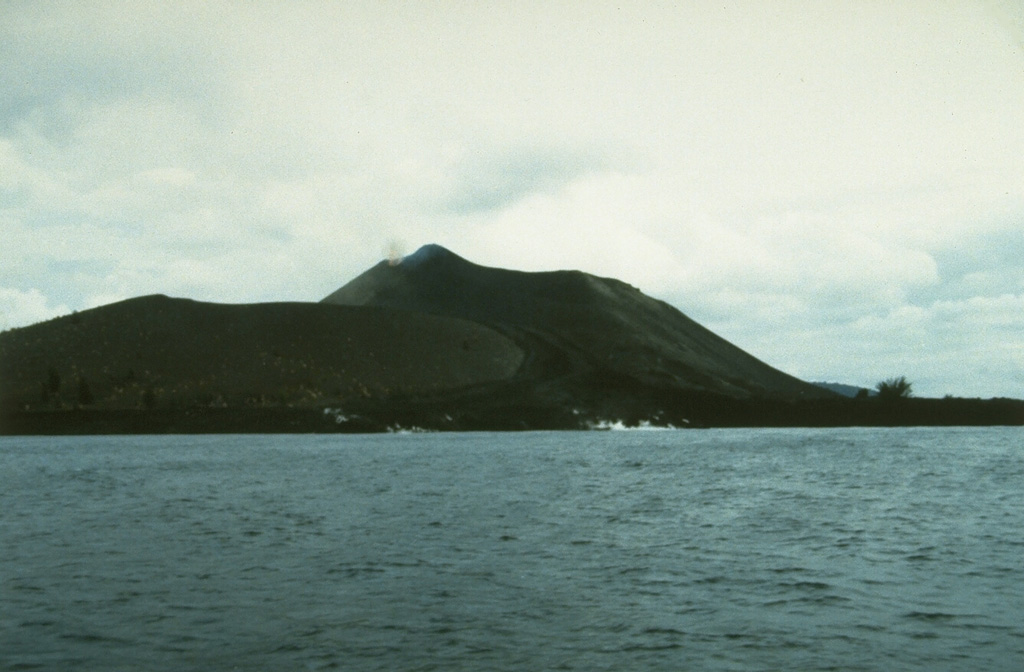 Anak Krakatau is seen here in 1993 from the east with a lava flow reaching the sea in the foreground. This eruption began with explosions and lava emission on 7 November 1992. Lava flowed to the SE and NE, eventually reaching the NW coast. Another lava flow traveled to the SSE beginning in February 1993 and reached the southern coast. A third flow descended to the north in April and May. Explosive activity was continuing in June, when a tourist was killed and five others injured. Eruptions continued until October 1993.