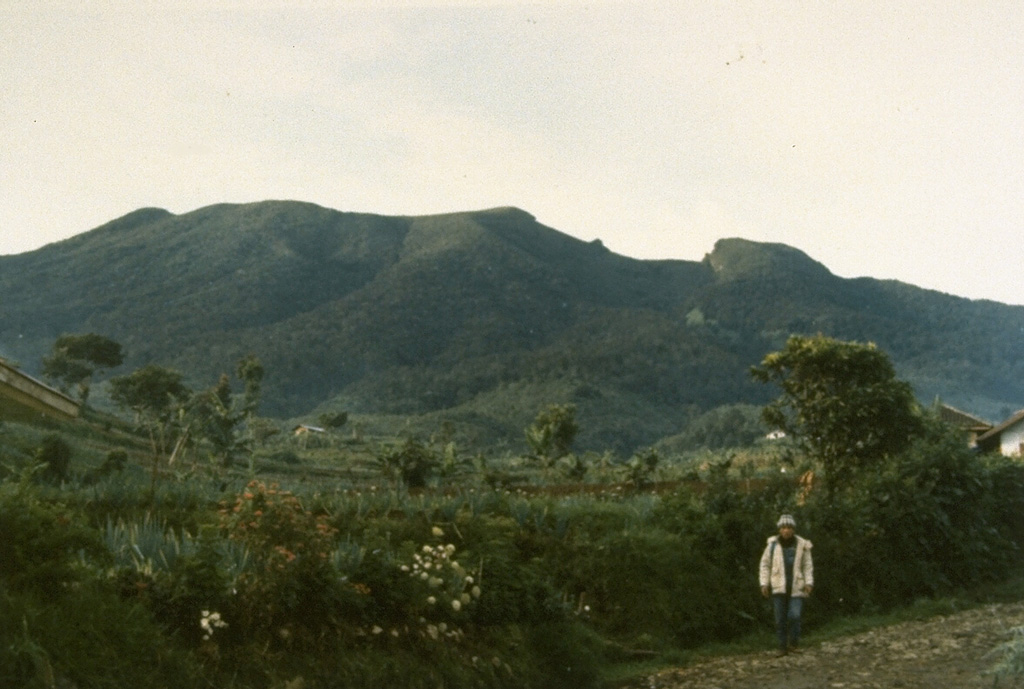 Gede volcano in western Java, seen here from the NE, is adjacent to Gunung Pangrango. Many lava flows are visible on its flanks, including some that may have been erupted in historical time. The steep-walled summit crater has migrated about 1 km to the NNW over time. Two large debris-avalanche deposits on its flanks record previous large-scale collapse events.