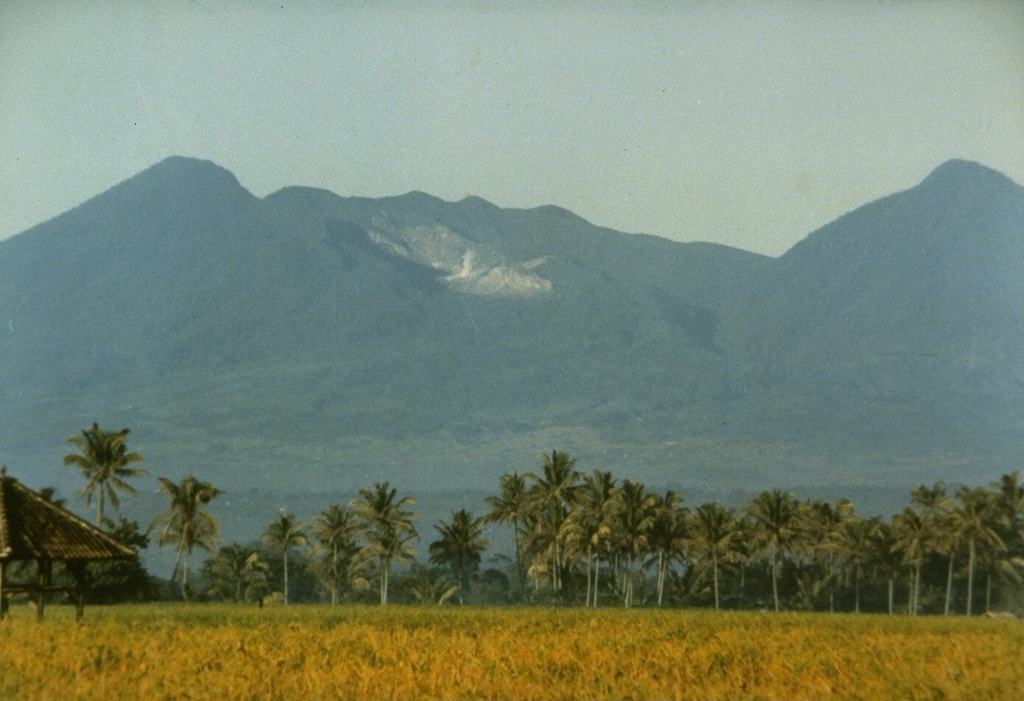 Papandayan volcano has four large summit craters. The light-colored area in this view from the east is Kawah Mas ("Golden Crater"), an active hydrothermal area that was the site of two small phreatic eruptions in the first half of the twentieth century. In 1772 the volcano underwent flank collapsed that produced a debris avalanche that swept over lowland areas to the east, destroying 40 villages.